When French explorers landed upon Nova Scotia in 1617, it is believed they brought with them the smallpox virus that nearly obliterated the Indian population of what would later become known as New England. In 1633 another smallpox epidemic raged, this time across the Boston area. It infected colonists and Indians alike. Approximately 1,000 Indians became sick with smallpox and more than 950 died. Native peoples had virtually no natural protection against the disease, leaving them more susceptible. Yet, as unknowing hosts, they gave the virus the very fuel it needed to continue spreading across the North American continent.

This region of New England, better known as the Massachusetts Bay Colony, would endure a half dozen more outbreaks, some quite significant, before the end of the seventeenth century. But going into the eighteenth century, Boston was different. The city had a number of quarantine regulations in place. The people who lived there were now better protected than they had ever been.

Colonists endured, as an unquestionable reality of life, a barrage of infectious diseases. Their children, and their children’s children, were also familiar with sickness and death. Smallpox and yellow fever. Influenza and diphtheria. Cholera and typhoid. Before it was even understood how diseases were spread, quarantine measures were often imposed.

New York City was the first American city to enact a localized quarantine order during a cholera outbreak in 1663. Boston went on lockdown in 1783 to halt the spread of yellow fever. Philadelphia, only ten years later, lost over 10% of its population to a smallpox outbreak. Officials only managed to slow the spread of the disease by imposing isolation orders on those who remained in the city. History shows us that most of the time isolation has worked in our favor.

Viruses, such as influenza and smallpox, and bacteria, such as cholera and typhoid, are often confused as one and the same. But viruses cannot survive without a host, which gives them their only opportunity to reproduce. Bacteria are much more self-sufficient. Viruses cause disease whereas bacteria can be quite beneficial. One thing they both have in common, though, is the ability to colonize a person’s body, leaving them asymptomatic and completely unaware they are carrying the illness. A colonized body is not an infected body, but it still must become an isolated body so as not to infect others.

It’s an interesting choice of words, isn’t it? Colonize. Historically, colonizers have been brutal oppressors, intent on violating the social order and recreating cultural norms. The violence inflicted by colonizers upon a body of people is such that the people yield, they submit, and they eventually succumb. It is how our country came to be and it is how our country has endured. It is both an individual surrender and a collective one. American history simply begins a new chapter each time.

Yet here we are again in the very beginning of a new chapter. What is being inflicted by colonizers this time is upon single bodies, and it is not violent. It is in my body, perhaps yours, too, but we feel fine. We walk the aisles of the grocery store because we are bored, or take too many visits to Home Depot because we have time, tired of being stuck in our homes. We do not practice social distancing. We do not stay in the house. Some of us do not even believe such measures are necessary. We are asymptomatic, completely unaware. With each breath, each touch, each close encounter, the virus is spreading because of us. We have unknowingly become colonized.

People must acknowledge that quarantines, whether imposed by law or by self, buy researchers the time they need to understand the disease. Quarantine is not a punishment, just as it is not the cure. There is no cure. Coronavirus, like smallpox, yellow fever, cholera, and AIDS, is the oppressor. It is violating the social order. It is recreating cultural norms. It is making people so sick that they yield, they submit, and they eventually succumb. Over a quarter million Americans are infected. Hundreds of thousands of us could die from this. Most of the sick will recover. But many of us are simply colonized.

Colonists, their children, and their children’s children, endured the grim realities of infectious disease outbreaks. They accepted the brutal deaths that accompanied these epidemics as a part of life. If our bodies are colonized by the virus, then we, too, are victims. But if we continue to break quarantine, we are no longer victims. We have become the colonizers. We have become the brutal oppressors, intent on violating the social order and recreating cultural norms. We bring the virus with us everywhere we go. We ARE the virus. 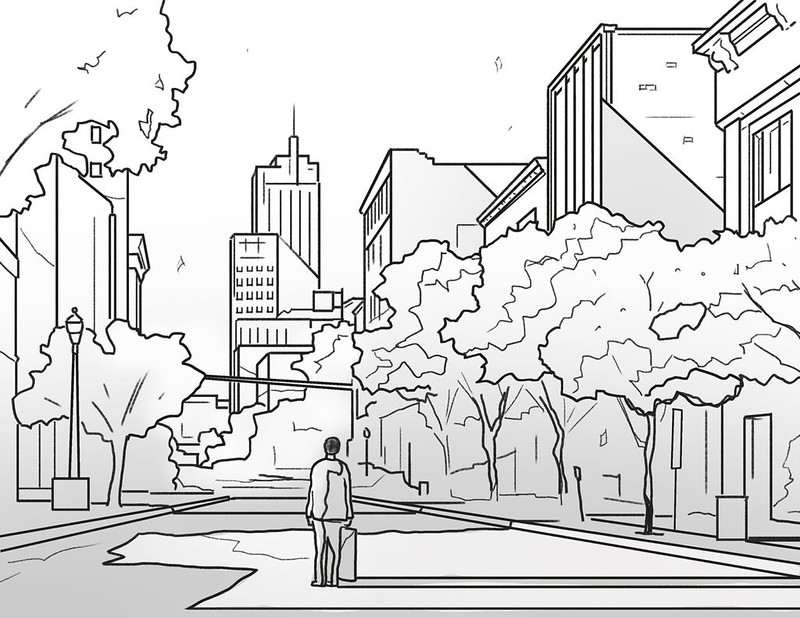 4 thoughts on “To Colonize”