I’m still around. Kind of. I’ve just been busy. 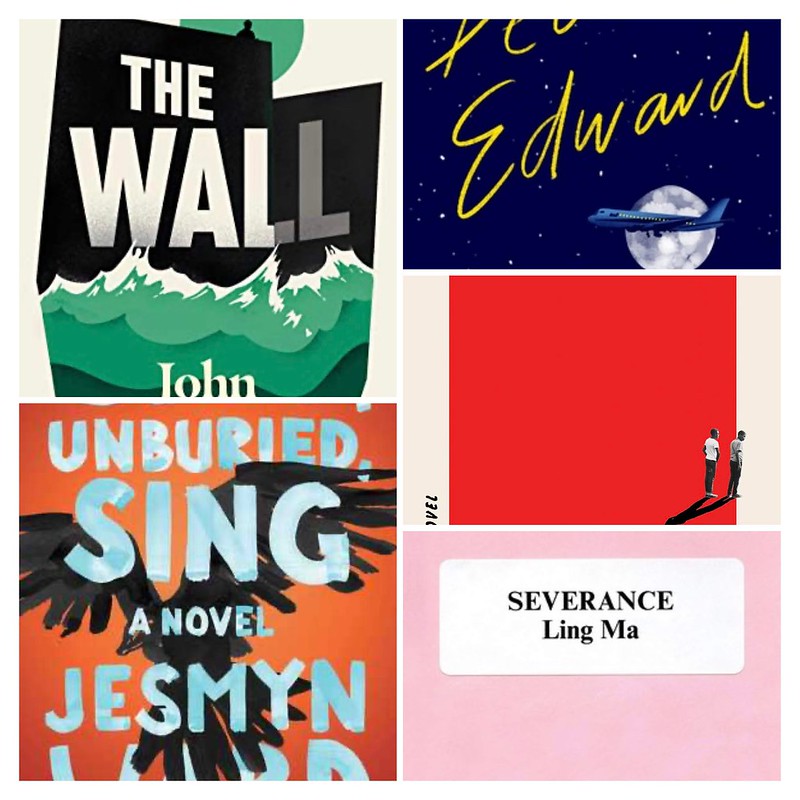 Severance by Ling Ma: This was the first book I read in 2019 and I’d been looking forward to it for a few months. A global epidemic is wiping out most of humanity, but Candace, a New York City office worker who is so wrapped up in her job, barely recognizes what’s happening around her. Her company execs have promised her big things if she sticks around to continue manning the operation. So she does. At the same time Candace starts a blog in which she photographs and documents the city in its abandoned state. In time, she joins up with other survivors. The group travels to a place called The Facility to create a new society. Here they must decide if their leader, Bob, is in it for the right reasons. The book is very subtle – there are no wow! moments, no shocking confessions or emotional peaks. And I liked that about it. The shock and awe has already happened. Most of humanity is dead. Instead, the novel focuses on these people who are just traveling through the world, trying to rebuild what they can while trying to decide if they should.

Sing, Unburied, Sing by Jesmyn Ward: Prepare to be heartbroken. Jojo and his love for his little sister, Kayla, and his messed up mother, Leonie, was so complicated and beautiful. The characters are as complex as the consequences their decisions have created for them, or in the case of Jojo, the decisions his drug-addicted mother has created for him. Leonie, a black woman with a rich family history in Mississippi, packs up her children for a road trip to greet the children’s white father upon his prison release. The ghosts of Mississippi’s deep-seated racism and that of Parchman Farm come to a head as young Jojo tries to find his place among the multitude of haunted worlds in which he lives: black/white, mother/father, brother/caretaker, past/present/future. It’s a lovely story.

The Wall by John Lanchester: This was, quite frankly, a bit terrifying because of the possibility of it becoming so real. The world has been taken over by the rising seas. People are risking their lives traveling by sea to breach the wall, a massive structure protected by armed guards called Defenders who will risk their own lives to keep The Others out. The Others come from different parts of the world. They are desperate to reach dry ground. They are running out of time. As the Defenders grow closer in their camaraderie, they begin to question their leadership and their role in keeping the island nation safe from outsiders. However, if they fail at their task they will put out to sea themselves. This book isn’t even trying to be a metaphor; it’s a warning for what could actually happen.

The Nickel Boys by Colson Whitehead: I lived in North Florida when stories of physical and sexual abuse that had occurred at the state’s reform school became public. This book is based on those stories, except Whitehead offers up the narrative from a young black boy’s point of view. Elwood and Turner become unlikely friends at The Nickel Academy, a school for boys who misbehave, commit petty offenses, run their mouths, or simply take up too much space in their own impoverished family’s homes. The staff behave in unspeakably horrific ways and the children, as they seem to have done their entire short lives, continue to endure. One scene in particular has stuck with me since I read it, in which I, a modern-day middle-aged white woman, found myself having judged a justifiably angry but scared young, black boy. What happens to him is unforgettable, unforgivable, and heartbreaking. But isn’t that how it is these days? We judge. We react. We move on. Except I couldn’t move on for over a month. The Nickel Boys was, hands down, my favorite read of the year.

Dear Edward by Ann Napolitano: This book about a single plane crash survivor, a young boy named Edward, is also based on a true story. The other passengers’ complex lives and tragic ends are partly the basis of this book; the other part is how Edward manages to live each day after he is discovered to be the sole survivor amidst the wreckage in a Colorado field. After he learns his parents and brother have been killed in the crash, he is taken in by his childless aunt and uncle. Throughout the book, Edward tries to understand why he was given the opportunity to live and so many others were not. The story moves between Edward’s recovery (a process of years) and the terrifying unfolding of the doomed flight itself. (My suspicion is that Napolitano was inspired by what happened to Northwest Airlines Flight 255, the plane that crashed outside of Detroit in 1987. It killed all but one of the 155 people on board. The only survivor was Cecelia Cihan, a 4-year old who lost her parents and brother that day, too.)

I read over fifty books this year, some through audio during my long work commute, and most in actual print. And, while my list might not reflect it, I did take in a healthy amount of nonfiction. After looking through all the books I’d read in 2019, no nonfiction books were absolute standouts. Most were good, but not as good as the fiction books I listed above.

As you’ve probably noticed, I have no interest in writing much these days. I’ve taken up painting, rescuing hamsters (totally serious) and road tripping (my most recent adventure trips have been to Mystic, CT and Burlington, VT) as more enjoyable ways to spend my time. Writing is a chore, but maybe I’ll pop back here once a year to write about my favorite books. Maybe I won’t. We’ll see.