I decided to board an Amtrak train to Brunswick, Maine. This was months ago, just when New England seemed to be at the peak of an already long and cold winter. There was an opportunity to tour one of the most elite colleges in the country. We’d heard things about this place: the campus is small but charming, the food is phenomenal, there’s an Arctic museum on the grounds. And because we all seemed to be suffering from cabin fever, we booked a hotel across the street from the school and called it our Winter 2019 Family Vacation. 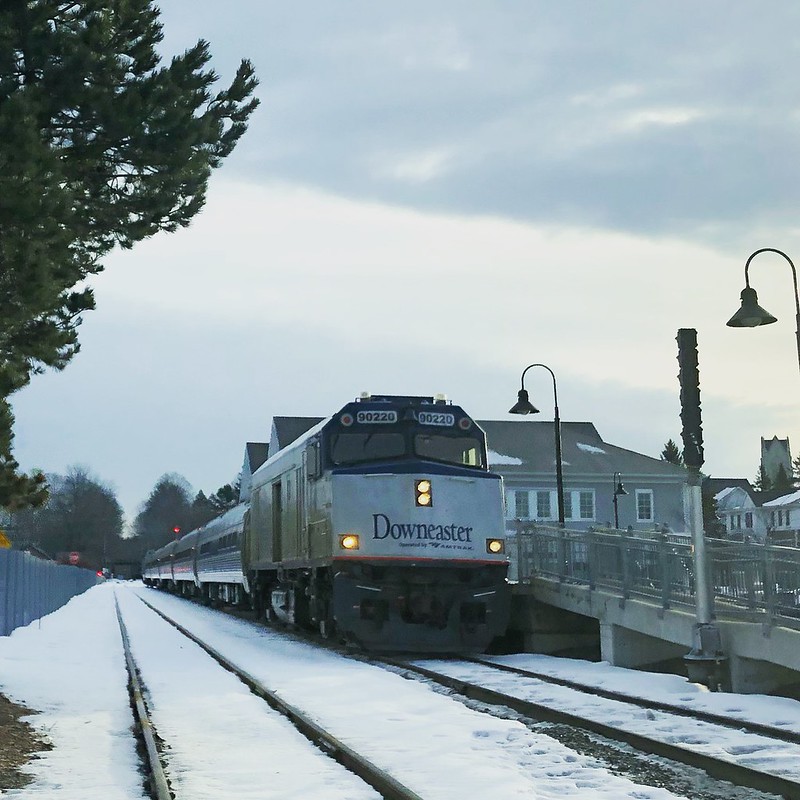 Matt decided to drive to Brunswick where he would meet us at the station while Elle and I hopped on board the northbound Downeaster express. The route took us through Old Orchard Beach, Portland, alongside the L.L. Bean flagship store in Freeport, and along the coast. From our huge windows we saw Ferris wheels, frozen rivers, and the ocean. It spit us out right in the center of downtown Brunswick. Admittedly, Brunswick is small. And it was cold. Not Brunswick’s fault. But the town’s smallness was much appreciated by those of us traveling on foot. Not so far to go to get to where you’re going.

The college tour was cold, of course. Led by a sophomore government major in a miniskirt. She’s from Montana and therefore immune to winters. And I, while not even close to being immune to winters, am starting to find all things beautiful in these icy cold climates. I dream of visiting Newfoundland and consider risking seasickness in order to seek out puffin colonies on the North Atlantic coast. Iceberg spotting from Twilingate. Sighting auroras from the shores of the Labrador Sea. Eating a proper Scotch egg made by a Nova Scotian. These kinds of things. 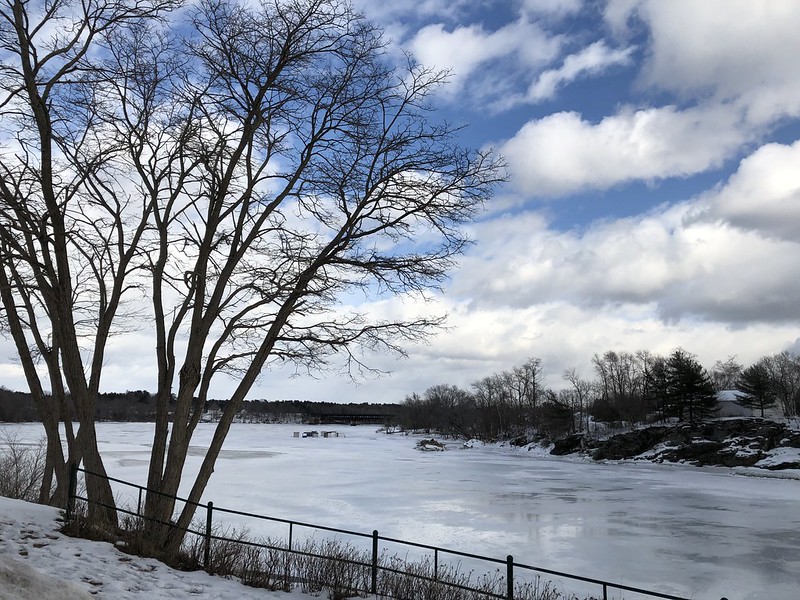 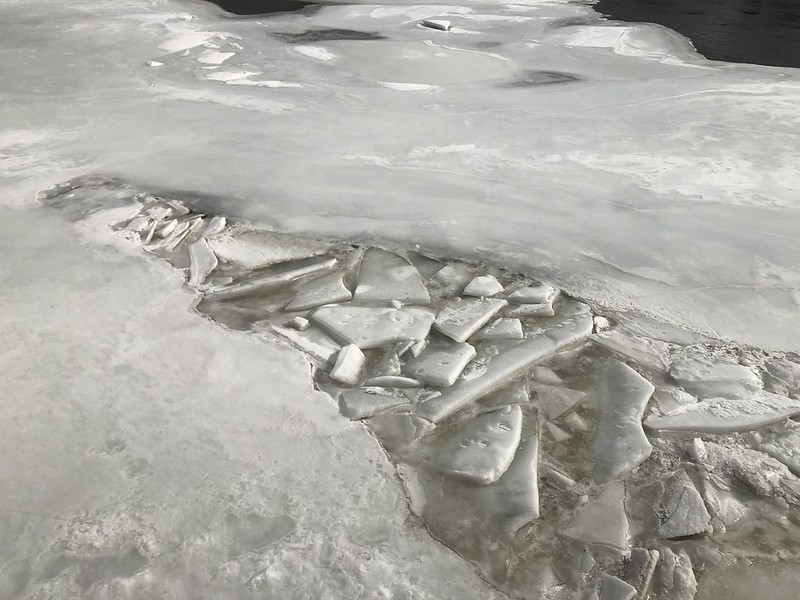 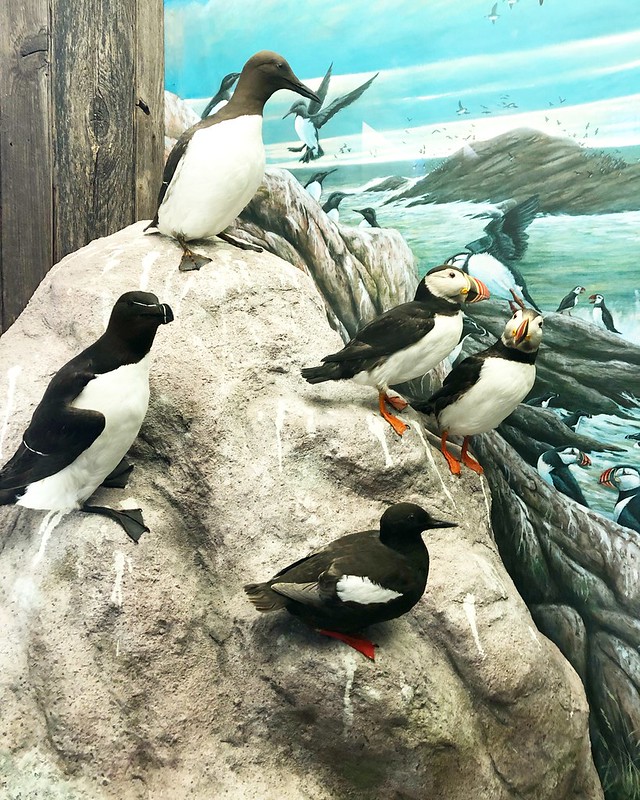 Yet the closest I’ve been to any of these places is Brunswick. Our feet were frozen and raw from the walk around town. I got to touch a narwhal tusk. We ate delicious food. 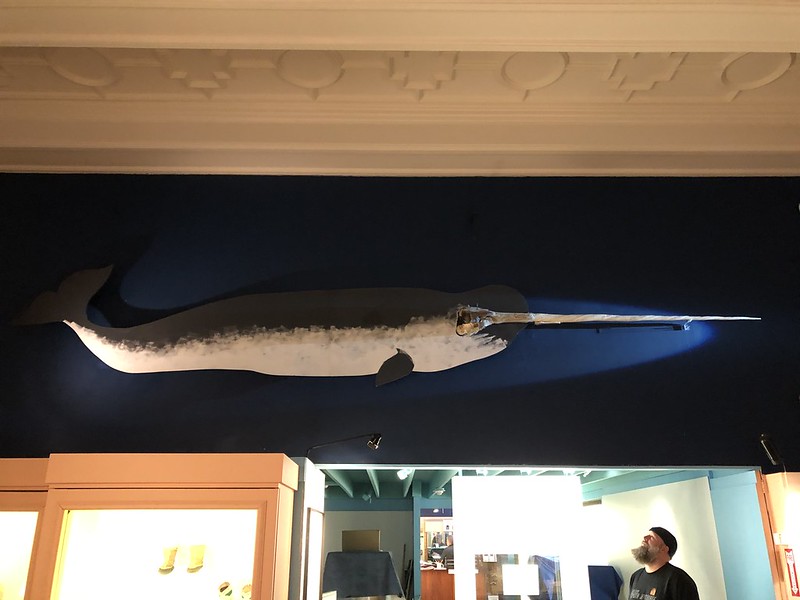 Back in 2016 Malcolm Gladwell trashed Bowdoin College for spending more money on their dining services (they consistently rank #1 in best college food) than on providing financial aid packages for low-income students. It’s an unfair assessment on how Bowdoin spends their endowment and generates funding for its stellar dining options. And would you know we opted not to eat at the college. Why? Because we’re a bunch of idiots and we just wanted to go home after a long, cold day on campus. Tired, cold idiots. Nobody thinks rationally when they’re tired and cold.

The good news is Elle graduated an entire year early, so the chances that we’ll get to take another tour around Bowdoin are good.  I’m totally going to eat on campus and I’m totally only taking another tour during the non-winter months. 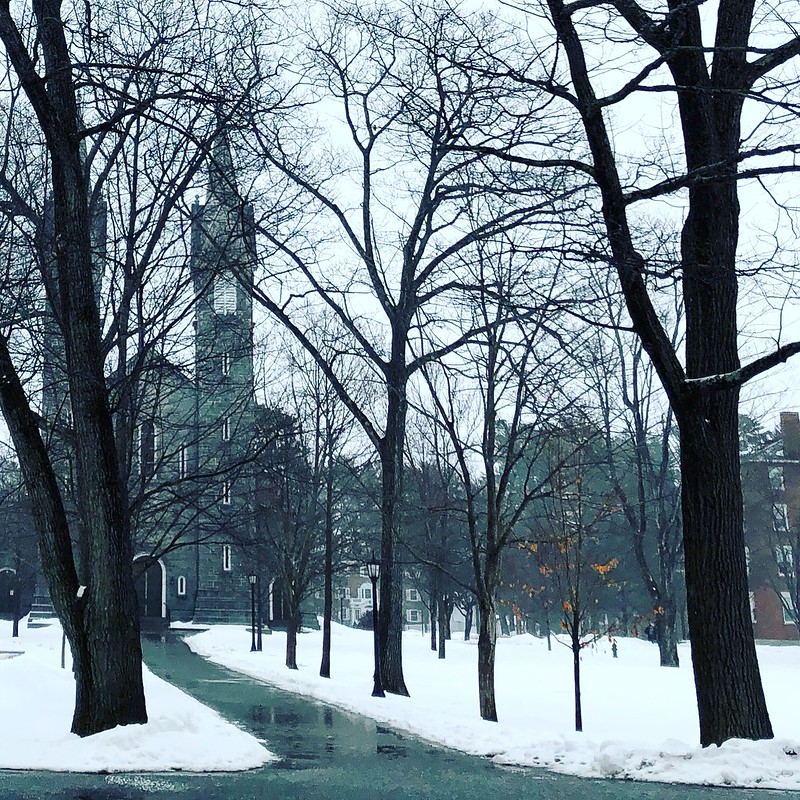 We drove home together the very next day. The Amtrak train ride to Brunswick was a practice run of sorts. We’d just recently found out my brother was getting married in Orlando in April. My husband wasn’t sure he’d be able to go, conflicting schedules and all. And I certainly wasn’t going to drive from New England to Central Florida without him. Flying? Out of the question.