Fall is most definitely here.

I could tell even a few weeks ago when the sunlight was a little different, never mind that we still had a day or two in the high 80s. The ferns and tall grasses have turned burgundy and gold. Nights are chillier, too. The flannel sheets went on the bed today in preparation for what’s to come. They say it’s going to be a brutal winter, whoever they are. 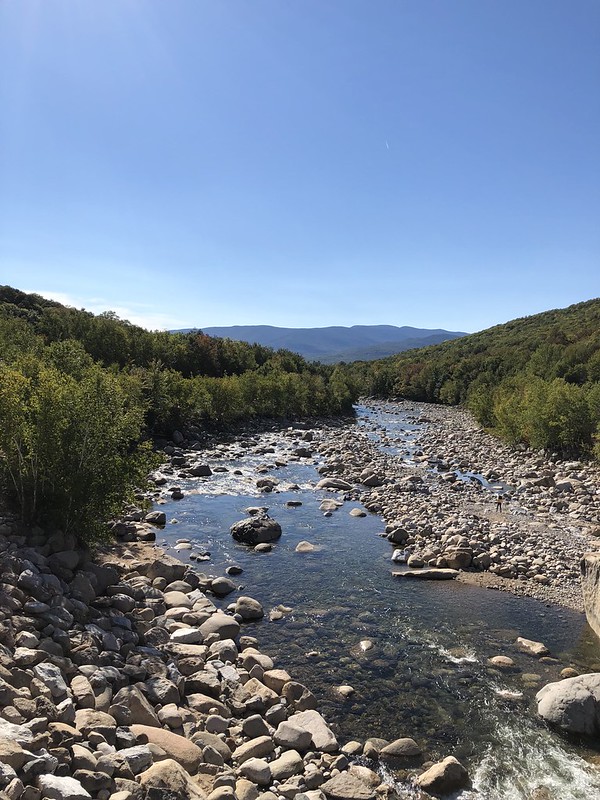 So here I am thinking back on the last three months of our lives in New Hampshire. These were good months if you prefer summer over winter. For some, summer was just as brutal as the winter we’re getting ready to supposedly endure. More than a handful of days in the mid- to high-90s were absolutely miserable. Remember, most of us up here don’t have air conditioning. This includes schools, libraries, state government buildings, etc. It was a rough summer. Even I, who used to brag about my Florida blood and superhuman abilities to withstand 100+ degree heat and humidity, broke down a couple of times.

That heat, though, and the unusually heavy downpours we had throughout the summer gave to me some of the best vegetables I’ve grown in years. In two years, to be exact. My backyard in Northeast Ohio was too damp and too shady to even grow more than a handful of cherry tomatoes (Did I even manage that? I can’t remember!). The sun beats down on my front porch garden in New Hampshire which, in turn, provided us with delicious Early Girl and Indigo Rose tomatoes. The zucchini was overtaken by bores (I was glad to hear others suffered the same fate and that it wasn’t just me), my pole runner beans are still going strong, and my snack pepper plant yielded only four. But that’s four more than I grew in two seasons in Ohio. And…and!…I planted some of this stuff as seed in mid-July! 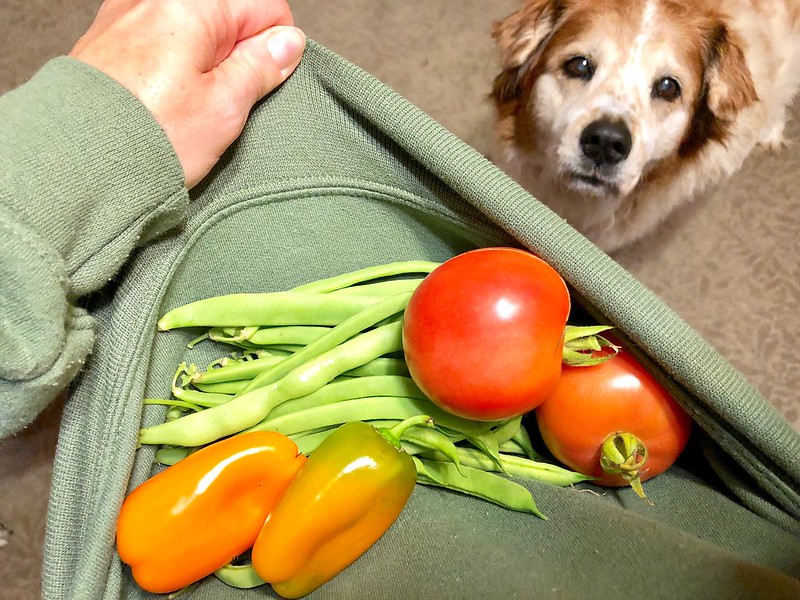 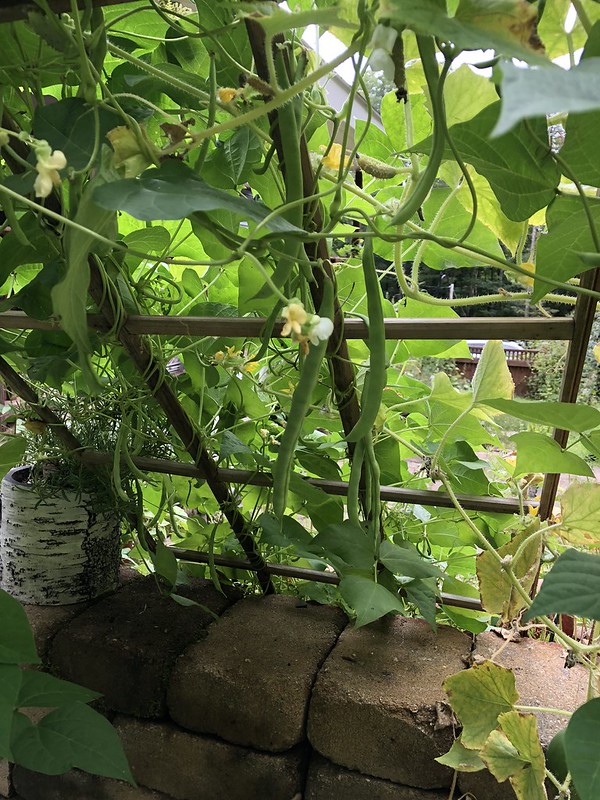 Being the flatlander that I am at heart, I still find myself closed off a bit from the outside world (or maybe that has something to do with the fact that I live 25 minutes from the nearest decent-sized town). The lakes that dot the region are a nice break from all the trees and steep hills that crowd in close to the road. I’ve pulled over a few times on my way to and from work to take in the view at Rollins Pond and Alton Bay on the south end of Lake Winnipesaukee, near where I live. I’ve also had some time to just enjoy the scenery around here. It is exactly as beautiful as you’ve been told. 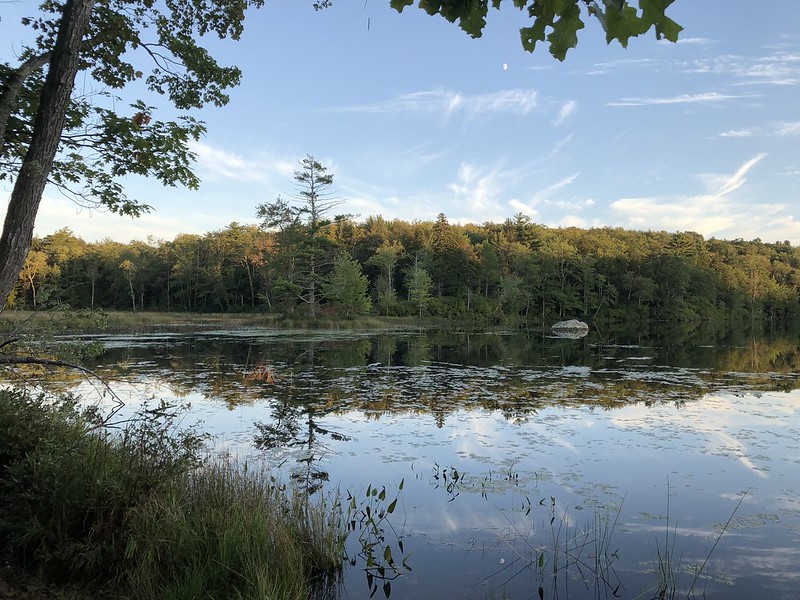 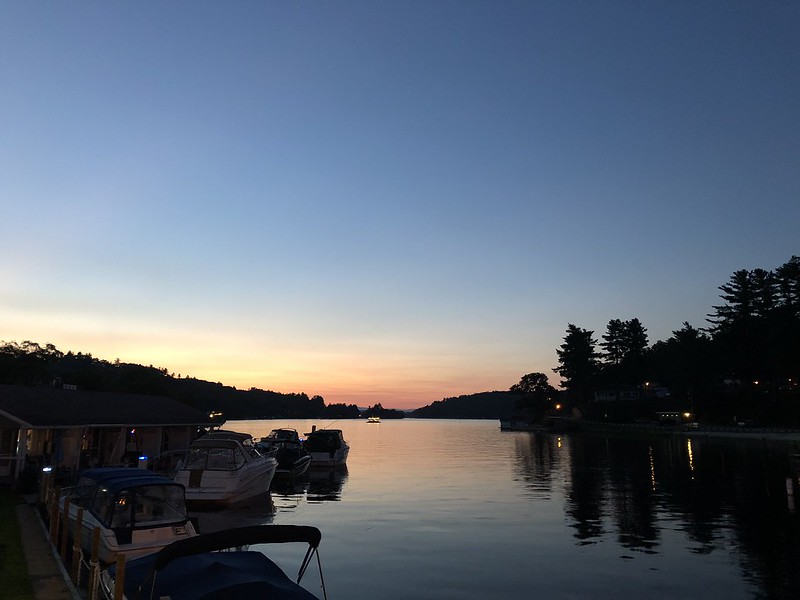 A few weeks ago, my brother convinced me to join him on a short hike. His goal that day was to get to the top of Mount Major, an easy day hike for most people. But I haven’t been hiking in years. I walk easily through parks and trails, but the last mountain I walked up was at least 10 years ago, and even that was on a paved trail. These mountain trails in New Hampshire involve climbing over rocks, dodging timber rattlesnakes and tree roots, and wearing out my lungs for no reason that they deserve. So I made a deal with my brother: Every month, he and I will pick a trail and hike it. These hikes will increase in difficulty and we cannot stop hiking even in the winter months. This deal is so serious that I made him – my younger brother who just turned 34 – pinky swear. But who are we kidding? We all know it’s me who’s going to need to be convinced to hike a mountain in the winter.

Our first hike was more of a walk. Actually, it was totally a walk. I asked him to take it easy on me on our inaugural hike, and then I chose a trail that was so ridiculously easy that even I felt like I had cheated. Unknowingly, of course. I offered up a second walk through a state forest preserve near the top of the mountain on which I live. There was a steep incline towards the end, giving me a fair idea of what I was getting myself into. We completed both of our walks in the woods within a matter of two hours or so. Then my brother grabbed some snacks and headed out to hike Mount Major. Last weekend he hiked up two mountains in a single day! I’ll get there. One day. Until then, we’re taking it one month, one hike, at a time. Next month we’re driving out to York, Maine to hike up Mount Agamenticus. That I can spell and pronounce the name of that mountain is probably more impressive than the moment I reach the top of it. I scheduled this hike for my birthday weekend. On purpose. Accountability. ‘Cause I need to be motivated to go outside, to be outside, even when it’s not summer.

Here’s a shot from our walk through the woods on a nearby trail, just as the wild goldenrod was at its most golden. 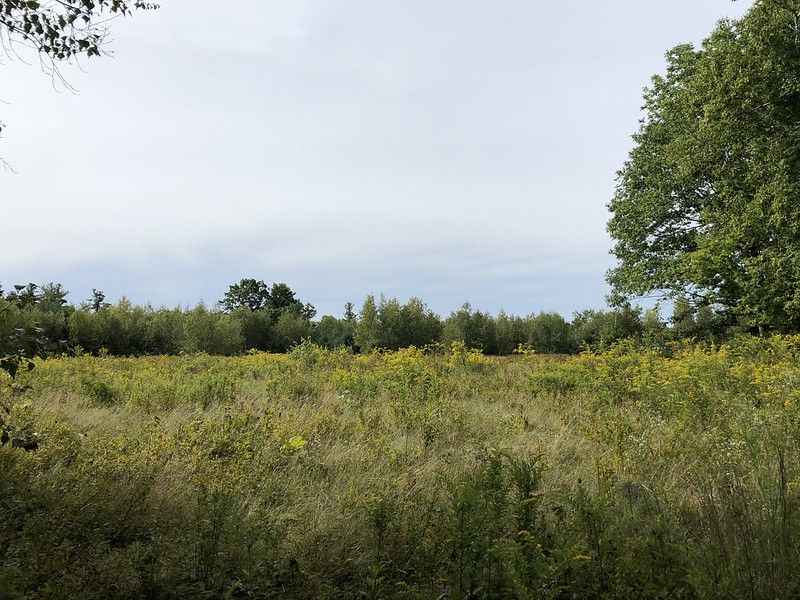