(Part One can be found here)

George Savage and his trusty horse, Old Tom, returned to Alton, New Hampshire, shortly after they were both wounded in the Battle of Chancellorsville. Old Tom had become a part of George’s family and, in turn, became a part of Alton’s small-town character. Both were Civil War heroes. In fact, George credited Old Tom with saving his life in battle.

So it was with this loyalty to Old Tom that George asked the citizens of Alton to allow his horse to be buried in the town cemetery. The unusual request got a few folks riled up. Residents of Alton were split. On the one hand, Old Tom had performed admirably in battle. On the other hand, however, Old Tom was, to some, just a horse. If this was allowed, who’s to say more people wouldn’t request to save a plot next to theirs for their most beloved pets, no matter the size? The cemetery trustees mulled it over and Alton’s citizens became embroiled in a short-lived controversy. In the end, the trustees just wouldn’t allow it.

Major George Savage died in 1883, but not before a compromise had been reached with town officials: Old Tom could not be buried on the grounds in the cemetery, but the trustees would allow for Old Tom to be buried just outside the cemetery walls. George, according to record, believed this to be a reasonable arrangement. 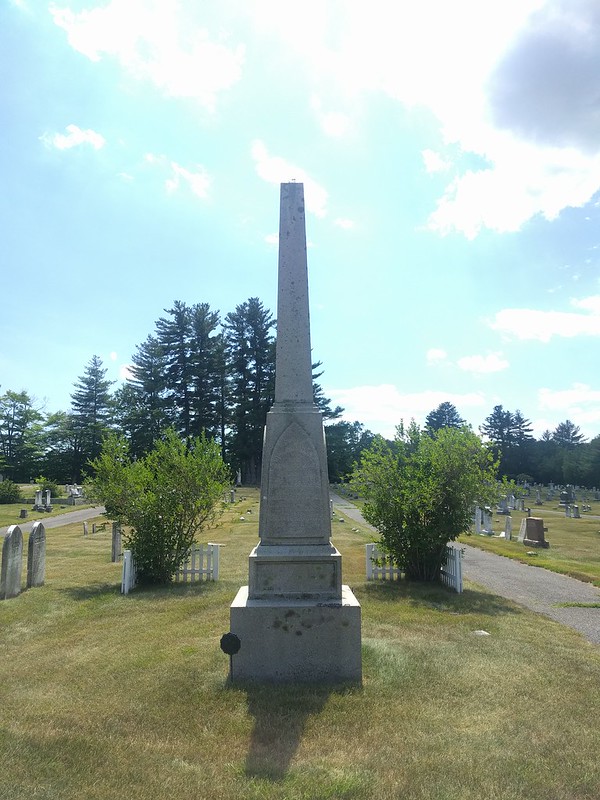 When Old Tom died in 1885, town officials honored their agreement with George. Old Tom was buried outside the cemetery, but as near to George as the boundary walls would allow. 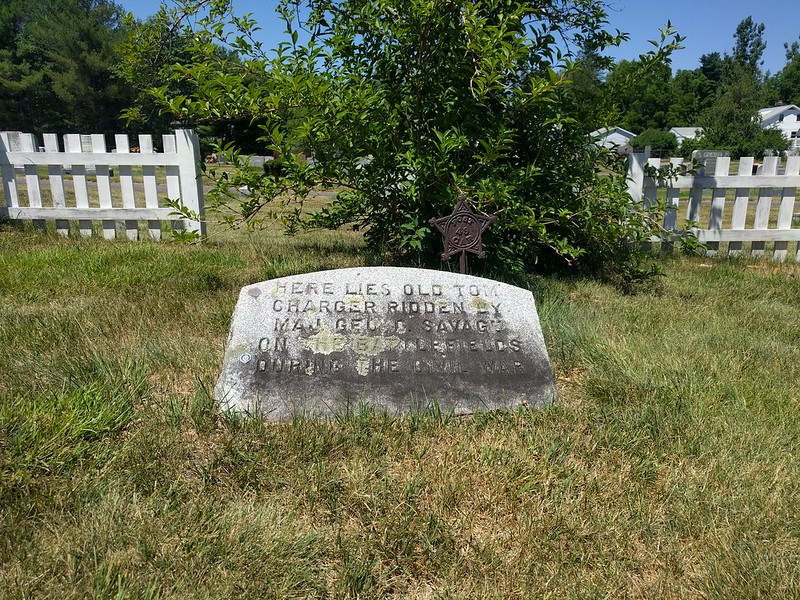 Except, over time, a certain kind of irony has directed the course of Old Tom’s popularity and the endearing story of George Savage’s love for his horse. Alton is a small town, but thousands of people have continued to live here and die here over the 133 years since the death of Old Tom. The town cemetery eventually expanded in ways it probably never planned for back in the 19th century. In fact, driving around the town of Alton, I found two separate entrances into the cemetery, each from a major corridor leading commuters in and out of the region.

The walls have most definitely been moved. Which means Old Tom is now within the walls of the cemetery. But not only is Old Tom inside the cemetery, he is directly in the center. ON A SMALL HILL, no less.

And doesn’t that just make you feel good?

Major George Savage would, undoubtedly, be quite pleased. Although his initial wishes were quashed by local officials and neighbors who felt completely uncomfortable with the idea of sharing burial grounds with a horse, it all worked out over time. George’s family plot and Old Tom’s burial site are both flanked by small, white picket fences. And they are facing each other, open to pedestrian visitors who can easily walk from one site to the other.

Did someone design it that way? I don’t know. And that’s not the only question I find myself without an answer to. I’m also curious to know who stepped up to care for Old Tom when George died. Because that person, whoever it was, probably deserves a little credit. Don’t you imagine he or she saw to it that the agreement between George and the trustees regarding Old Tom was honored? That Old Tom received the burial he was promised?

From George to Old Tom, from the trustees to the mystery caretakers, and, nowadays, from the cemetery groundskeepers to the history-seeking public, there is a whole lot of loyalty to be discovered in this story. One can only wish to have this kind of dedication bestowed upon them upon their death. Yet this here’s a tale about a man and his horse… 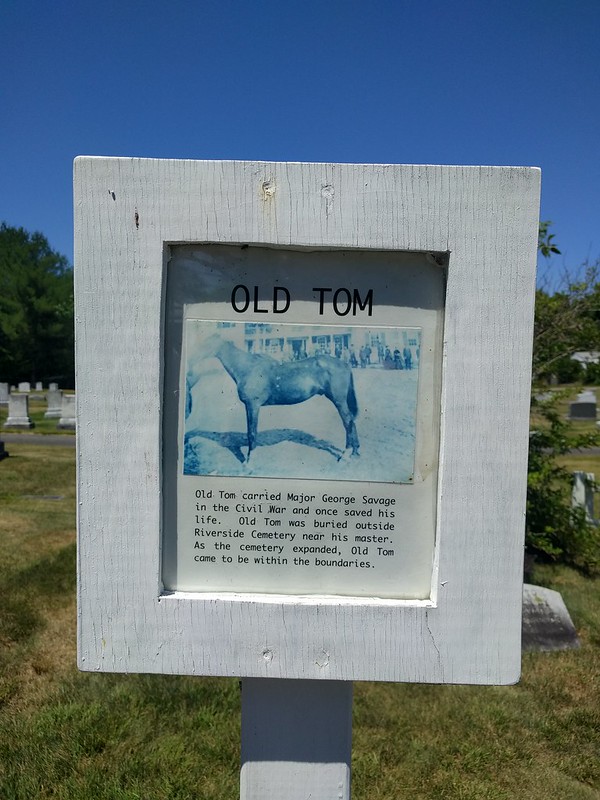