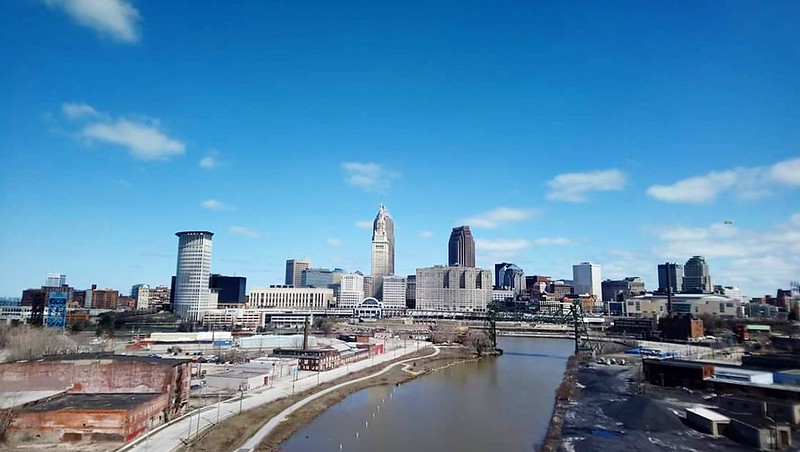 Sometimes an opportunity just falls into your lap. And sometimes it involves the perfect place, the perfect people, and, if you’re really lucky, perfect timing. This actually happened to us recently. All of this is subjective, of course, because anyone who has ever made a long-distance move knows that once the hard stuff is over, once the greatest challenges of them all have been dealt with – the long-haul drive, the home buying process, establishing a new routine -, it becomes easier to look back and say Well, that wasn’t so bad, was it?

We’re moving again. This makes the second move in as many years. It’s not so bad. Really.

It was our first date night in months, our only plans were to try a new restaurant and watch a ballgame. My husband got the call right after we got into downtown. An offer to work in one of his favorite parts of the country. I high-fived him in the parking lot. The wait was over.

We had been discussing it for a few weeks, about how surreal it would be if this actually happened, and, in all honestly, if we were doing the right thing. Careful not to get too optimistic, and careful not to mention it to anyone at all. Because what if it didn’t happen? No sense in getting our hopes up.

But there we were, minutes after learning the news, celebrating at Mabel’s BBQ, making plans to make more plans, and calling everyone who had been in on it with us since the beginning. I called my mom and dad, and he called his. We called our daughter. He called his best friend, who lives there. I called my younger brother, who also lives there.

Within an hour we were at a Cleveland Indians game. No, we had no idea that we’d be celebrating our big news with tens of thousands of Tribe fans, but all week I’d been hoping we would. And Andrew Miller, a closing pitcher I affectionately nicknamed Legs during the 2016 World Series, made a brief appearance on the field. We went home happy, looking forward to the summer. Cleveland is an incredible city. I’m confident we embraced Cleveland as much as Cleveland embraced us.

By the way, our house sold in five days. Forward momentum. Timing. No time to worry about this half of the story. Keep moving on to the other half. It’s there. In time it will all come together. The to-do list is wrapping up quite nicely.

Throughout my life I have never considered myself much of an adventurer. However, I’m reconsidering. This is what my childhood has prepared me for. The packing. The moving. The unknown. The newness. The leaving. The going. The arriving. The ability to do this. This thing I seem to always be doing. The adventure. My initial thought being Why not? when asked Should we move there? In most cases, it doesn’t matter where there actually is.

Next week, Matt and I will make the drive to Concord, drop a truckload of boxes into storage, and find a house. It will be my first time to New England.

2 thoughts on “On being adventurous…”