This summer I was mostly focused on disease. Not that I had one, nor did anyone else I know. At least, nothing outside of the norm. Allergies came and went, then came back again. A pestilence struck down two members of the family, one of whom was visiting while on vacation (sorry). The last rounds of that stomach virus left the house before anyone else was infected. My hands nearly bled from all the washing; I didn’t eat very well for days. I am emetephobic, yet I spend my free time learning about plagues.

Before we drove to Buffalo and Niagara Falls in July, we visited the James Garfield Monument at Lake View cemetery in Cleveland. He is entombed inside, with his wife, and the cremated remains of his daughter and her husband are next to them. A private organization raised the money needed to build the monument, which speaks volumes to the legacy he left behind after his presidency was cut short by an assassin’s bullet. 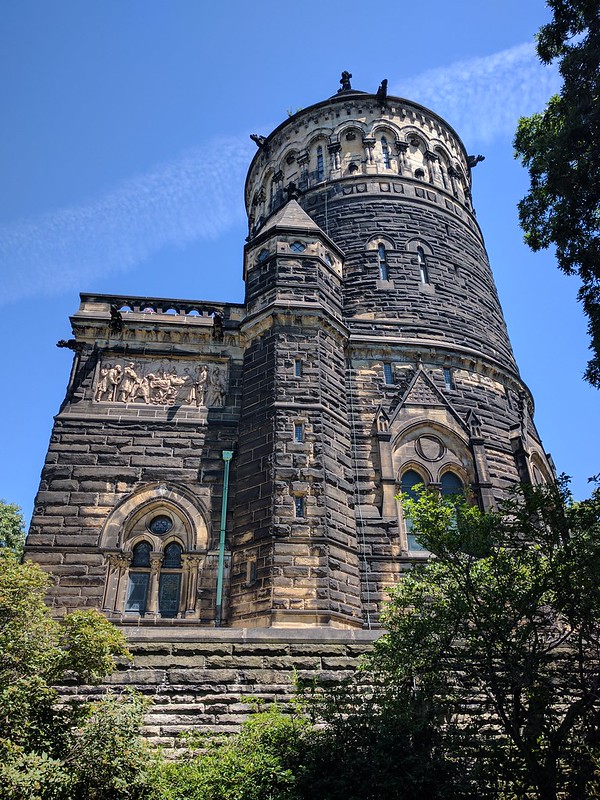 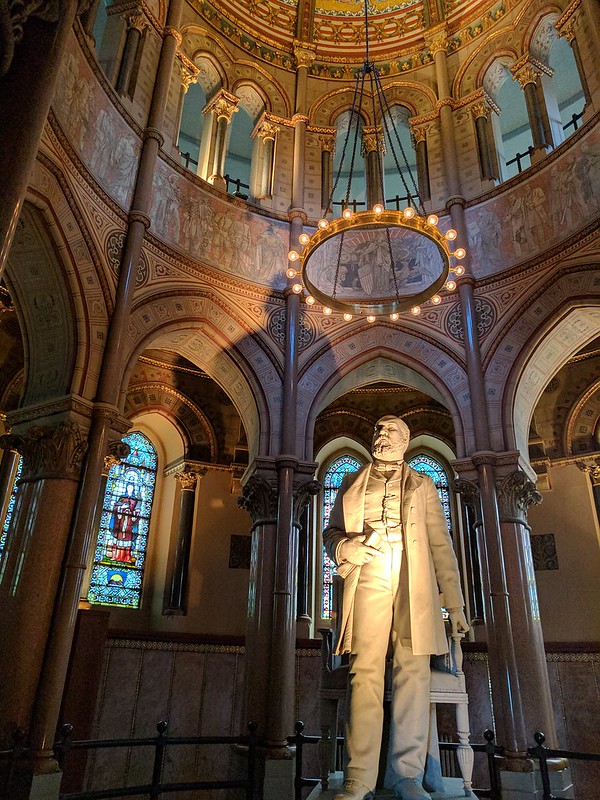 That’s not really true, though. Garfield could have, and most likely would have, survived the shooting, had American doctors not probed his bullet wound with their filthy hands. Sterilization and cleanliness of tools and hands – anti-sepsis – were mere suggestions in those days. What actually killed Garfield was the infection that raged through his body for months. Sepsis. His was a miserable, painful, torturous death caused by an imbecile of a doctor (who’s actual first name was Doctor, but was not highly respected by other doctors) who refused to believe in the recent European work on germ theory.

Needless to say, I fell in love with Garfield the moment I heard this story. Not only because of his suffering, but also because he was a president who aimed to ease the suffering of others. He even out-Lincolned Lincoln. If you know anything about him, I think you would agree that his voice in this era of failing leadership is exactly what we could use. He was the anti-sepsis. In a way, he still is.

Throughout the summer, I focused on my upcoming thesis, my final requirement before I graduate with my Masters in American History early next year. I made myself familiar again with the miseries of smallpox, cholera, and the influenza outbreak of 1918 that killed millions around the world. Eventually, I decided to commit my research to yellow fever. Always a believer in the threads that connect one event to another (history has just as many examples of cause and effect as science), I began to look around me for closer sources.

Had yellow fever ever struck Cleveland? The answer is no. But Cleveland had suffered an outbreak of smallpox back in 1902. I learned this one morning when I dropped my daughter off at her new high school’s orientation and, with three hours to kill, walked over to the Dittrick Medical History Center inside Case Western Reserve University’s Allen Memorial Medical Library. The museum is small, but ever since I’d heard about it from a friend in Oklahoma City, I knew I had to go. Where else could one spot this gem of a antique plate? “But my friend, this enema is fine for a horse but not for a gentleman.” 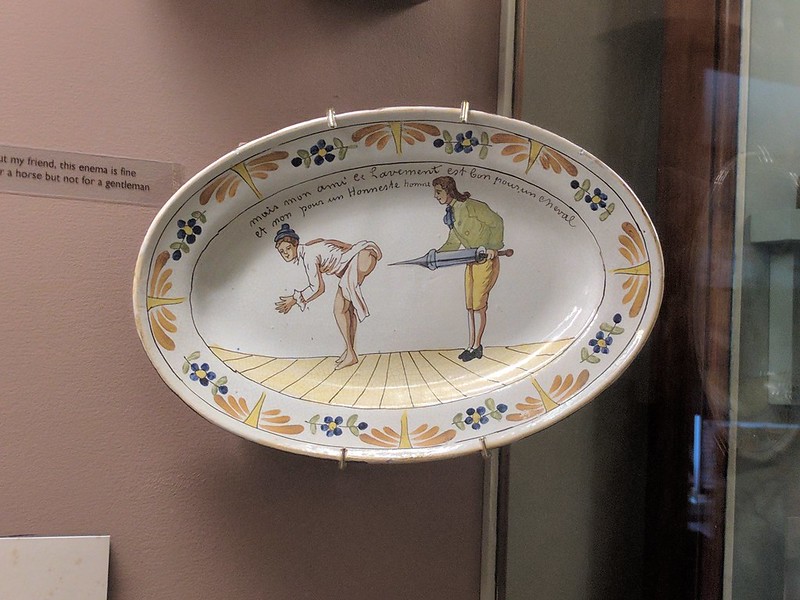 Destiny of the Republic: A Tale of Madness, Medicine, and the Murder of a President by Candice Millard (the story of Garfield’s life and death)

Year of Wonders by Geraldine Brooks (the Bubonic plague, fictionalized)

On Immunity: An Inoculation by Eula Biss (essays on disease and vaccinations)

Sick From Freedom: African-American Illness and Suffering During the Civil War and Reconstruction by Jim Downs (an investigation into how Reconstruction failed and created America’s greatest biological crisis)

The Ghost Map: The Story of London’s Most Terrifying Epidemic and How it Changed Science, Cities, and the Modern World by Steven Johnson (cholera, freakin’ terrifying)

An American Plague by Jim Murphy

Bring Out Your Dead: The Great Plague of Yellow Fever in Philadelphia in 1793 by J.M. Powell

Fever Season: The Epidemic of 1878 That Almost Destroyed Memphis, and the People Who Saved It by Jeanette Keith

The Fever of 1721: The Epidemic That Revolutionized Medicine and American Politics by Stephen Coss

Pox Americana: The Great Smallpox Epidemic of 1775-82 by Elizabeth Fenn

One thought on “My Summer of Disease”