It was a little more than a year ago when I touched Lake Erie for the first time. The next day we returned to Oklahoma with a handful of lake rocks (I grew up near Lake Superior calling them dinosaur eggs) and a sense that I was getting excited about something that might never happen. I wasn’t sure I would ever have the chance to visit Lake Erie again, so I made a big deal about seeing it while we were in Cleveland for Matt’s job interview. There was some sentimentality to that – Lake Erie would be my fourth Great Lake! How could I go back to Oklahoma, and wherever the job hunt landed us from there, having been so close to Erie and doing nothing about it? So I did something about it. I insisted we see Lake Erie, so we did.

Shortly after we moved here, I started thinking to myself: Why not visit them all? I was only one lake away from completing a HOMES checklist. Lake Huron was my first, as a toddler; Lake Michigan came next as we ferried back and forth to visit family in Milwaukee; then Lake Superior, practically an inland ocean; and, finally, Lake Erie. I had to find a way to make it to Lake Ontario.

(Some people are unfamiliar with the HOMES acronym. Each letter represents one of the Great Lakes, making it easier to name them all. Because of my childhood in Upper Michigan, I have always been familiar with HOMES, even when the maps in our social studies class didn’t even include Michigan’s upper peninsula and, therefore, erased Lake Superior’s existence altogether. I always look for this mistake on every map I encounter. Did they forget the UP again? Why is half of Michigan missing from the map? It’s practically a habit by now, forged by years of being part of a population ignored by mapmakers.)

I like it here in Northeast Ohio. No, no, no. I take that back. I love it here. There was a sense of homecoming for me, of returning to a place I’ve been before but not really. I can’t quite give this feeling over to hiraeth, seeing as I never longed for this place. Perhaps there is a different word out there, formed and better understood by a different culture, but this feeling, for me, is more like finding home in a place I never knew I wanted to be. I’ve spent so much of my life in Michigan and Wisconsin, surrounded by these Great Lakes, that it was like returning from a thirty-year trip across the country. These lakes are all connected to each other. Being here is familiar. Being here is like being home.

So when Matt and I began our drive on I-90 to Buffalo, across Pennsylvania and New York, I never felt like we’d really left home. Lake Erie was never far away. In fact, during some stretches of highway, like in Erie, Pennsylvania, or across the New York state line, Lake Erie was right next to us, showing off her shades of blue during the breaks in the rain. We rented a gorgeous historic rowhouse apartment in downtown Buffalo for two nights, and our only plans involved eating authentic Buffalo wings, seeing Niagara Falls, and touching Lake Ontario. Again, I couldn’t stand being so close to my fifth, and final, Great Lake and doing nothing about it. So I did something about it. I insisted we see Lake Ontario, so we did.

At this point you’re probably expecting photographs of Niagara Falls, but no. Niagara Falls was gorgeous. It literally took my breath away. But I am still blown away by the fact that every single Great Lake finds its way into the Niagara River, churning and swirling and frothing before plunging down 170 feet on its way to Lake Ontario.

And here she is… 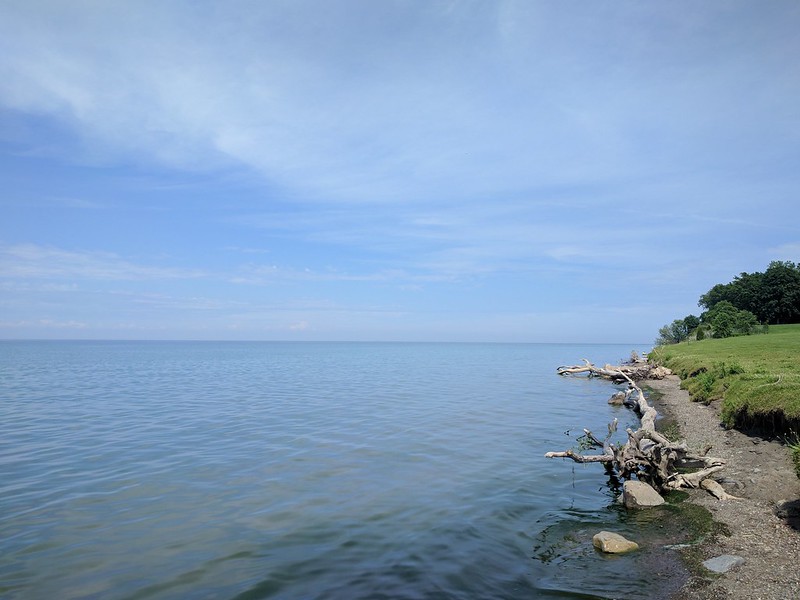 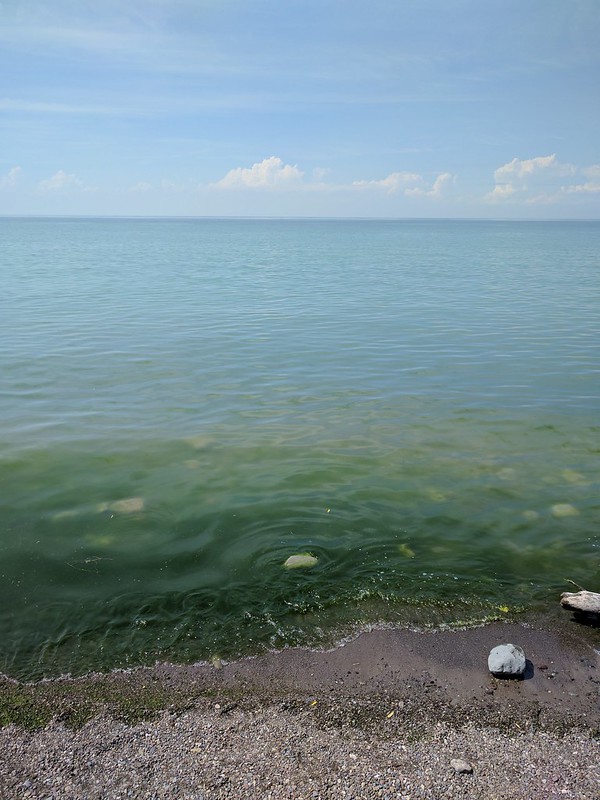 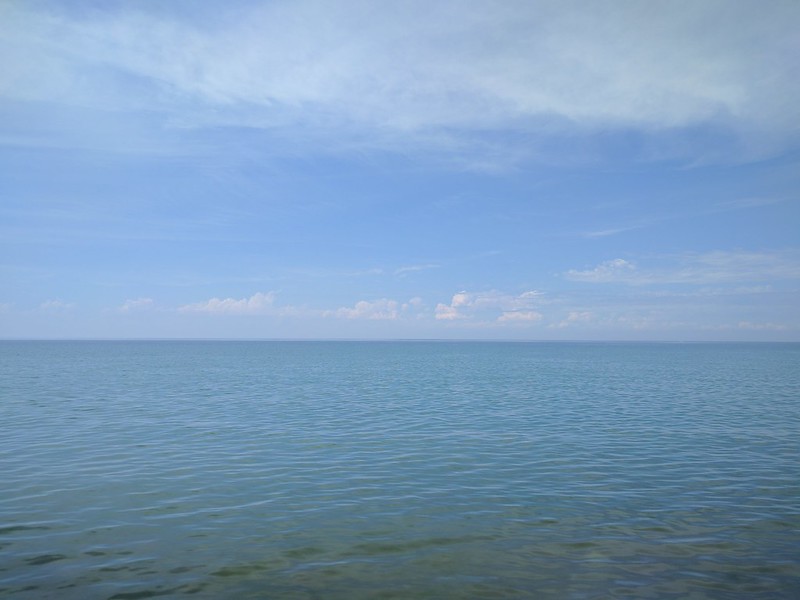 I think back on my years in Oklahoma, when I was grasping at anything familiar to make it feel like home. I begged that it be temporary, and it was. But even those short four years were made to feel longer by my need to feel at home. I might not have known where exactly I belonged, but I knew then, as I know now, that I didn’t belong there.

This is where I belong…for now. Back in the Great Lakes. Back where my earliest memories were formed. Collecting dinosaur eggs on the beach, staring out at the endless horizon, waiting for icebergs to flow by, crossing my fingers for an aurora sighting, and catching a glimpse of the giant container ships as they maneuver their way from one inland ocean to another. From Lake Ontario to the most northern reaches of Lake Superior.

This is familiar. This is home.