Last month I rallied up the family for a literary adventure through Cleveland. I had recently heard about Independent Bookstore Day, which is celebrated annually on the last Saturday of April, and I thought it would be a fun way for us to see some of the city while we supported local businesses. Since I was finishing up a final assignment on this particular Saturday, we didn’t have a lot of time. Otherwise we would have hit up more than just the two stores we visited.

Our first stop was Loganberry Books in the Larchmere neighborhood of Cleveland. Right away I knew I was going to love this place. I mean, just take a look at the mural that’s painted on the side of their building. It pretty much gives you an idea of how seriously they take their books. 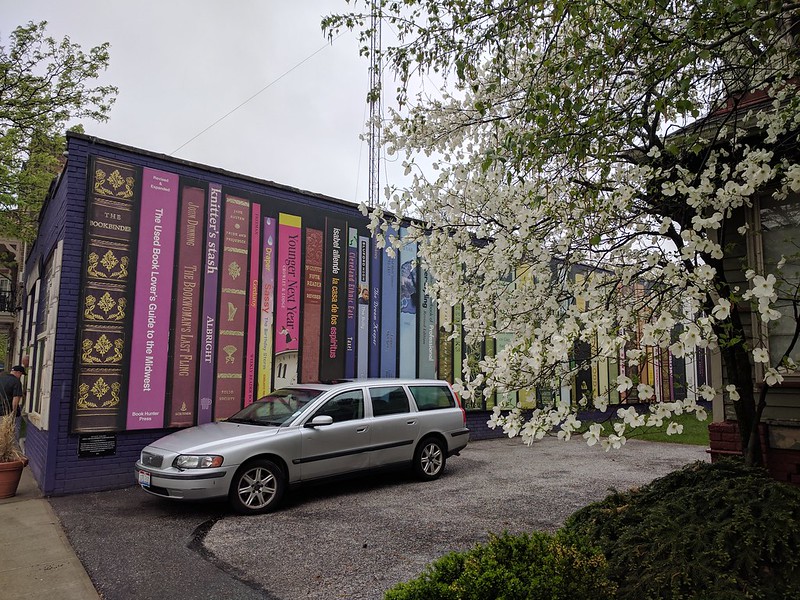 Once inside, it’s easy to see how Loganberry Books serves as a community anchor. Not only does it extend back and feature a fair amount of new and used books of every genre, but there are other rooms off to the side for author signings and art exhibits. They even have live music events. 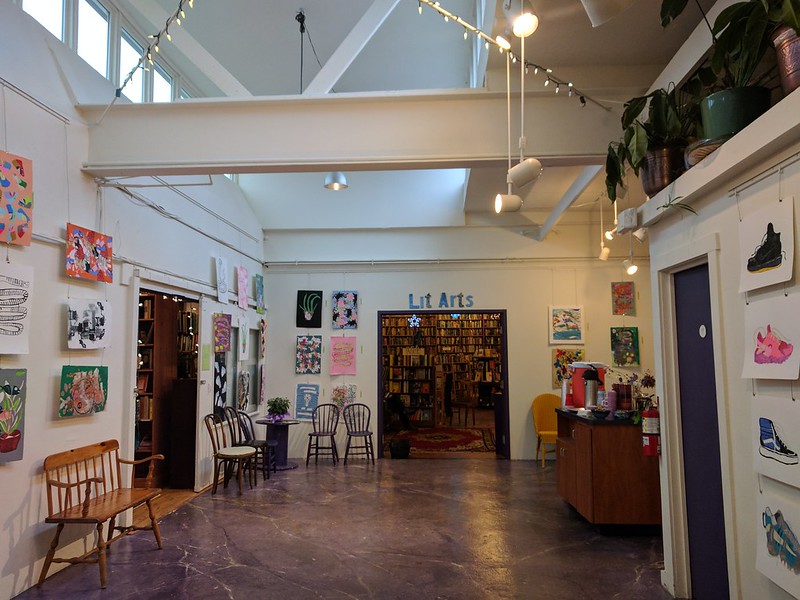 And in the back room, the Lit Arts room, is a bookstore cat. His name is Otis. He really didn’t seem to care that so many people were hovering around, and why would he? He’s used to it. But the day was especially drizzly and gray, and the cat bed was warm. The cat bed was electric! (I have something similar. I have an electric heated mattress cover.) I left Loganberry with two books: Trace: Memory, History, Race, and the American Land by Lauret Savoy and Nancy Isenberg’s White Trash: The 400-Year Untold Story of Class in America. 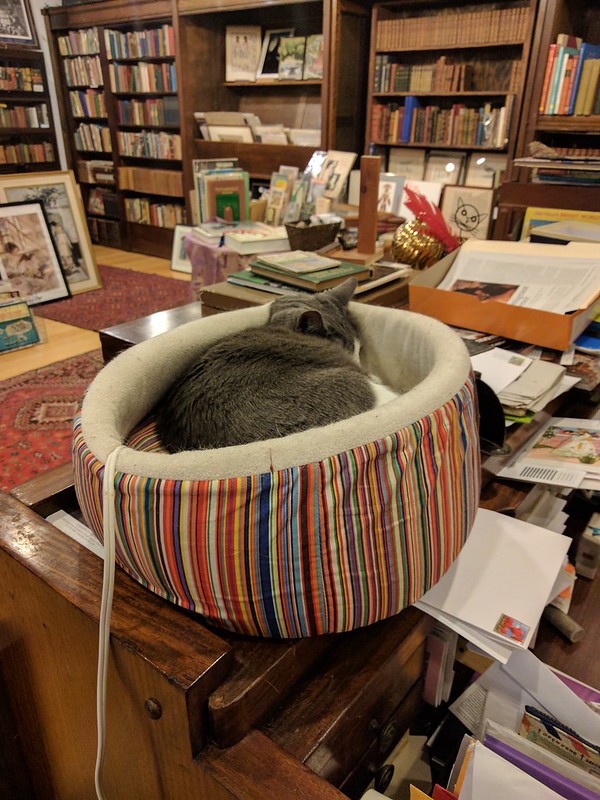 Our second stop was to Appletree Books in Cleveland Heights. It’s a much smaller bookshop, but it still felt very much like a bookshop. The owner seemed very excited to meet and greet everyone who came inside, and was super helpful in locating for me a copy of American War by Omar El Akkad.

The walls of Appletree are papered in book pages. And then there’s the staircase… 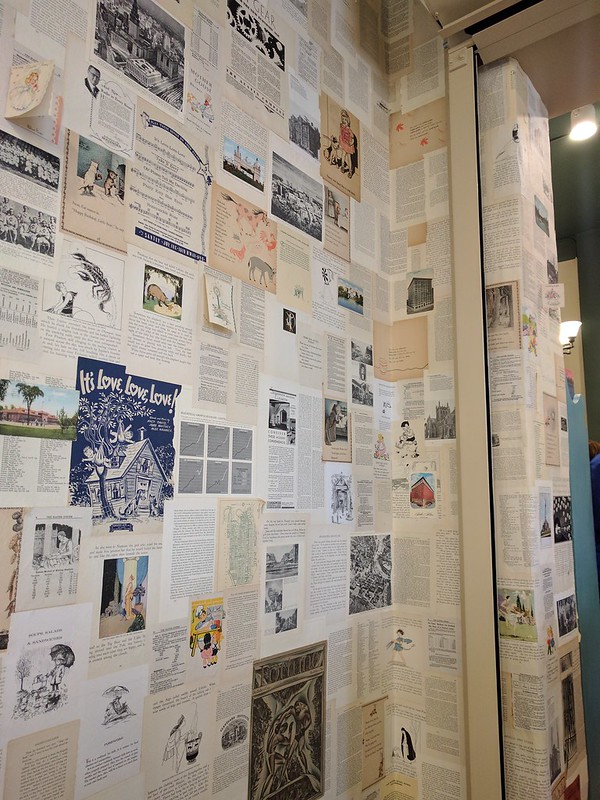 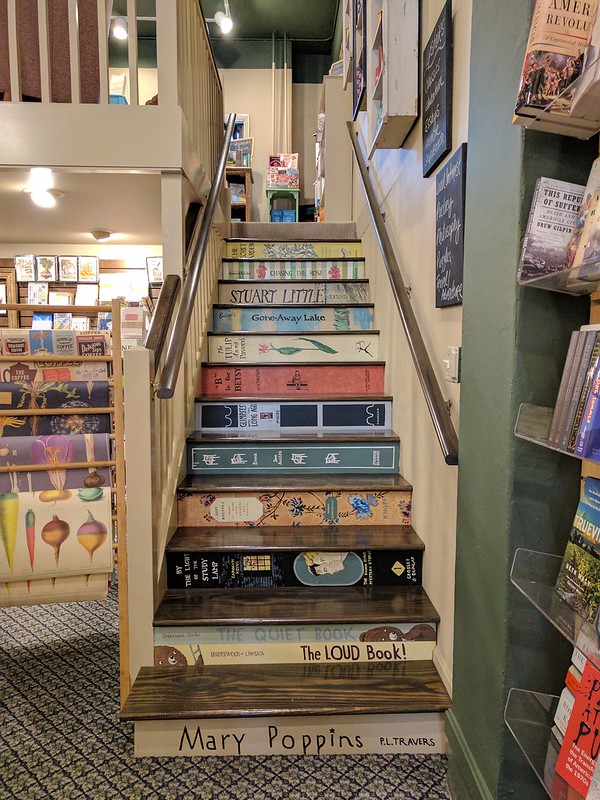 After our short tour of Cleveland area bookstores, we found a soul food restaurant on Shaker Square, splurged on some shrimp po’ boy sliders and red Kool-aid (that’s how it’s listed on the menu: red or purple Kool-aid).

And then we returned home so I could finish a paper on the role smallpox played in the founding of America. I submitted it the following day and received a note from my professor urging me to consider the topic as my master’s thesis. I chose another topic, though, which I’m excited to share here on this blog once I get everything approved. And so it seems I’m committed to one final paper before I graduate, before I can finally get around to reading those three books I just bought.

One thought on “Indie Bookstore Day 2017”