My parents had told me to keep an eye out for funnel clouds as I lay in the backseat of the car. I was 11-years old. They had driven up from Gwinn to Escanaba in nasty weather to pick me up from the Girl Scout Jamboree after a long night of throwing up. I’m pretty sure my troop leader was happy to be rid of me, although during the parade preparations that morning I simply handed my troop’s flag off to some unsuspecting girl from L’Anse, fearing I was about to be sick again. Somehow I made it to a Red Cross tent and they diagnosed me with food poisoning (thanks, Arby’s) and heat exhaustion.

I have no idea if my troop’s flag was ever recovered. I have no idea who the girl from L’Anse even was. In fact, the only thing I know is that I left the Jamboree at just the right time. That night, while I was back home recovering in my own bed, a tornado hit the campground. A man who was chaperoning a different Upper Michigan troop was blown across the field, hundreds of yards away, while still in his tent. He slept through the whole thing, according to my troop leader. She had called my parents after the storm to check on me, and we shared a laugh over this man who snored like a freight train and, since he was apparently as loud as the storm he was also unaware of the tornado that could have killed him. Anyway, he was fine, but hundreds of campers’ coolers and tents and other belongings were strewn across the field. Not a single injury.

There have been other times, other close calls. One U.P. storm landed my brothers and me sheltered beneath the basement stairs, packed in with the protection of storage boxes while my mother drove my father to work (he was considered military essential personnel). In Southern Maryland, while in a movie theater and oblivious to the weather, my friends and I walked out to discover the car was missing. A few minutes later we found it on the other side of the parking lot. It was still intact. After a long afternoon shift at the hotel in Gainesville, Florida, I drove home one night and found myself completely disoriented. So many trees had been ripped out of the ground just a half hour earlier that the place was almost unrecognizable.

The ones I will never forget, though, were in Oklahoma. We had been warned in advance that May was going to be a big month, weather-wise. It was my first spring in Oklahoma and I had been assured by almost everyone that our area just doesn’t get hit. It just didn’t happen. Ever. Theories of a heat dome created by Oklahoma City’s concrete and pavement abounded, that the dome bumped off any tornado’s attempt to get in. For the time I lived in Oklahoma City, a short four years, really, I eventually came to believe it. But this was my first round with real tornadoes. My first encounter with the kind that make history. And the ones in May of 2013 made history.

I was home the afternoon of May 20th watching the weather forecast which, on days like that, showed one tornado dropping after another. Across the state, but mostly south of OKC, funnel clouds would hit the ground and the stormchasers would go nuts. Reports being called in. Coordinates being shot off to the meteorologist on-air. At some point, tornadoes were dropping every other minute. The screen broke into four pictures. All this just so the weather experts could keep tabs on every tornado that was on the ground at the same time.

My husband sent me pictures of the supercell, a massive storm cloud that could be seen from his downtown office. It was heading toward Newcastle and, eventually, to Moore. Suddenly, the quad screen turned into one. This tornado was the focal point. This tornado was going to kill someone. I listened to the stormchasers scream about a school. I listened as the stormchasers screamed about another school. Two elementary schools were hit. As I drove to my own daughter’s school to pick her up, I learned there were parents already at Plaza Towers elementary school sifting through wreckage to find their kids. It turns out a structurally deficient wall had collapsed onto a group of children taking shelter, killing seven of them. I sat outside my daughter’s school weeping and watching the sky, and when she climbed into the car it became her job to keep an eye out for funnel clouds. We made it home just as another siren screamed at us to run into the house.

I got to bring my child home from school that day.

Eleven days later, on May 31st, we did it all over again. Except that afternoon, everyone was home – no school pickups, no late highway commute from work – and I didn’t think I could feel that kind of terror again that I’d felt on May 20th, that helplessness mixed with an intensity you feel only when you’re about to take on unprecedented confrontation. I was wrong. My husband and I had Ella in the basement with the dogs, trying to keep them all entertained. While he and I watched the storm move closer and closer, it was determined that Oklahoma City’s supposed “heat dome” wasn’t going to help us one bit. This storm was just too massive. The meteorologist determined our neighborhood had approximately fifteen minutes to find shelter from the tornado if it continued on its northwesterly track, which would have put us directly in its path. I went into the basement to prepare Ella for a direct hit and placed her beneath the staircase. This way she wouldn’t be crushed by our queen bed or the refrigerator in case the first floor collapsed onto us. This is the stuff you have to think about. Or maybe it’s just the stuff I think about.

A few minutes later my husband, in the first and only time I can recall him being shaken, called down that the tornado had miraculously lifted. It killed eight people, including three veteran stormchasers, a new mother, and her baby. There were multiple vortices inside the tornado, winds gauged to be 295 mph, and its size, over 2.5 miles wide, makes it the largest twister ever recorded. Not surprisingly, it was designated an EF5. If this tornado had actually reached any further east of Banner Road, where it died out, there’s no telling how many more people would have been killed.

Here in the outskirts of Cleveland I have yet to worry about a tornado. There was a twister that came through our small town a few years ago, an EF1 that blew the roof off the local Giant Eagle grocery store. The liquor store off the main drag lost its roof recently, too, but that was due to straight line winds. Our house is surrounded by so many trees that it’s not unusual to wake up the night after a windstorm to find branches and limbs, and sometimes entire trees, down. I don’t worry about tornadoes anymore. At least not the way I used to.

Here I deal with rain, mostly, and freak snowstorms in April.

Oklahoma welcomed me with quite the first-timer’s hazing. An initiation into a lifestyle that I never actually chose, one I just inherited through marriage. For the four years I lived there, I worried about the next tornado season. Would I finally see a tornado? Would I live through one? Would I stick around afterwards if I did? Well, I never did see one. I never did experience one. And I’m pretty certain I would have moved the hell away if I had. That saying about lightning never striking the same place twice is bullshit. That “same place” is everywhere surrounding Oklahoma City. But now I have a connection to that land in the people I met, in the strangers who offered me a friendly welcome, and in the friends I made. They still live there. And I find myself, over a thousand miles away in northeastern Ohio, worrying about this tornado season. And the next. And the one after that. My Oklahoma friends and loved ones may not be worrying, but that’s probably what makes them Oklahomans by nature. They’re just tougher than me. 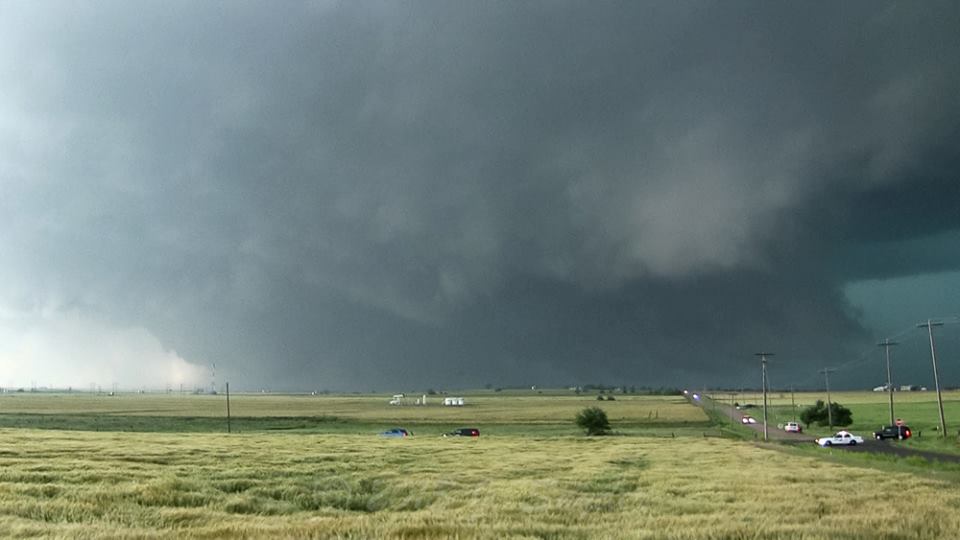 I have a new appreciation for spring, thanks to Oklahoma. Time does make the heart grow fonder. I’m in no rush to get back there (I’m quite happier up here where the temperature doesn’t reach 110 degrees), but there are some aspects of the place that I do miss. The wide open spaces. The sunsets in winter. The endless sky. I feel a little heartsick for that damn place, wouldn’t you know it?

And with this, I welcome spring with open arms. Seriously. It can show up any minute. Any minute. No, really. Spring in Ohio will happen, I’m certain of it. Hopeful. Cautiously optimistic, at least. And when it does I hope to have loads of garden photos, stories of outdoor adventures, trips to the lake, exploring the history of the region…

It’s been too quiet around here.