There is a part of me that will always love snow, and it’s obviously a part of me I didn’t even know existed. The first snow we had here at the new house just made the whole place look so different. The entire yard changed into something new. Everything was quiet. The creek was no longer hidden by the dark canopy of trees. In fact, it was the one thing that really seemed to stick out. 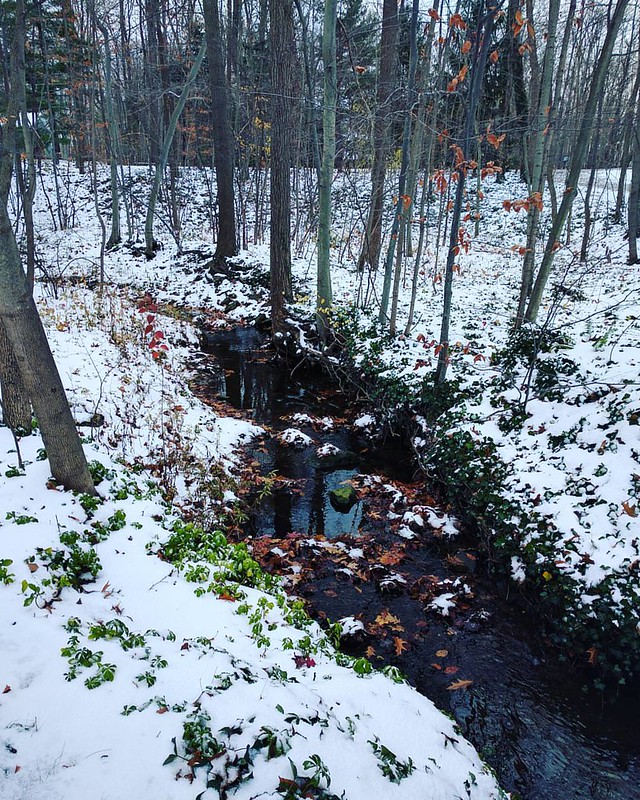 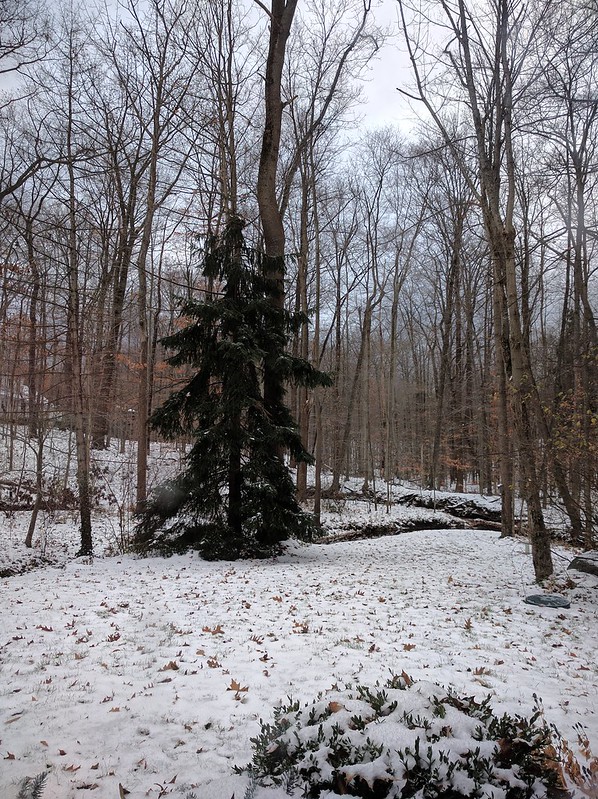 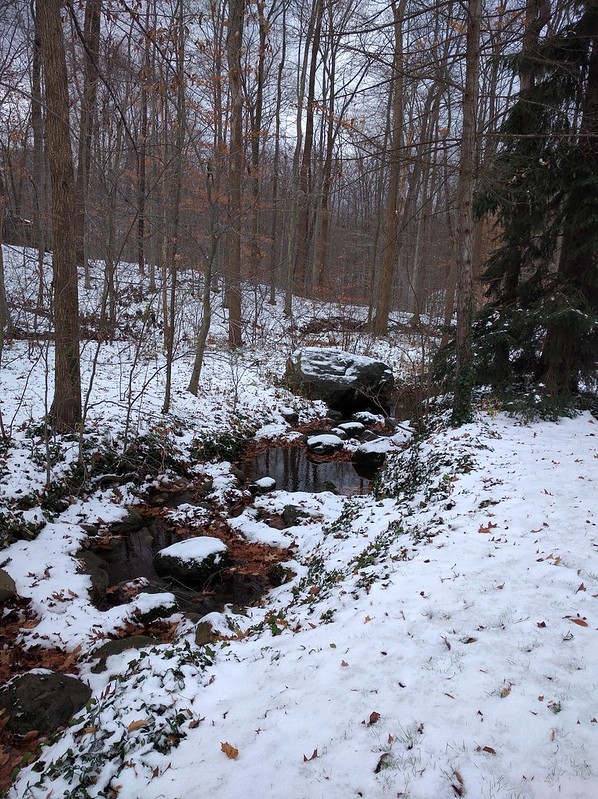 We are cold, no doubt. But it’s not unbearably cold. Yet. There is no wind like the Oklahoma wind, or else our temperatures here in Northeast Ohio would be unbearably cold. But I’m sure that’s coming. All in due time. Blizzards. Lake effect snow. Icebergs on Erie. The snow sticks are out. The neighbors have fled to South Florida. Preparations are in full swing. One afternoon, I counted four snowplows on the road just in the three miles between my house and work. There wasn’t any snow in the forecast, but it’s nice to know they are out there.

Hot tea is a constant. Candles are lit throughout the house. My husband picked up a tiny living tree at the town grocer to decorate for Christmas. It sits atop the wine rack where the blind dog can’t run into it and get lost. She still seems confused sometimes in the new house. I strung white twinkling lights across our stair bannister leading up to the bedrooms. The next day, half of them stopped twinkling. Later, that same half just stopped working altogether. But the half that works is so darn pretty. Our space heater, designed to look like a tiny wood stove, adds ambience to the unfinished living room. I’m getting by so far with my own half-assed version of hygge.

From our front window we watch the squirrels pick through what falls from the bird feeder. I haven’t had a chance to learn a single local wintering bird. Nuthatches? Finches? Orioles? I recognize a cardinal or a blue jay, but those little tiny things that flutter around all over the yard? No clue. The squirrels are gray, although some are black. Probably half of them are black. It’s a dominant trait, the black fur. A few black squirrels were released from a Kent State University lab years and years ago, and their coloring only occurs in certain areas. Like mine! I don’t think I could ever get tired of seeing black squirrels.

We also have a pair of barrel owls who live in our front yard trees. I know there are two because they talk to each other, but I’ve only ever seen one at a time. His name is Owlbert. Whichever one I see at any given time, his name is Owlbert. I don’t know what I would do if I ever saw them both at the same time. And I only have one cool owl name at the moment, so Owlbert it is.

3 thoughts on “The Beginning of Winter”