On our way to the nearest shopping center, we drove through the backroads that wind near and across the Chagrin River. There are such tight curves that the speed limit goes from 45 to 25 in just a few feet. Some downhill driving requires keeping your foot on the brakes. It’s hard not to drive off the side of the road. Not because the roads are dangerous. That’s not the problem at all. The problem is that it’s so damn pretty here.

Since moving to Northeast Ohio I have walked the trails at two county parks (with and without a dog), visited a historic castle at another, and reimagined my small flower-farm dreams after stopping by a large fruit farm just four miles away. I even did some of this in temperatures below 55 degrees. The weather was glorious, though, all blue skies and sunshine, but here I feel like I’m wasting a day indoors if I don’t go outside at least for a little while and talk to the trees.

This is what Oklahoma was missing for me, for us. While we still have yet to find our favorite restaurant or a tight group of friends, this is what was missing from our lives in Oklahoma. The Outside: the trees, the walking trails, the rivers, the opportunities for hiking and fishing and just enjoying nature. These things are available back in OKC, but you have to drive, sometimes for hours, to get somewhere. My husband kind of marveled the other day at this revelation by adding: “Do you know I’ve done more camping in the last two months than I have in the last two years?” (To be fair, some of that camping was in Missouri, but he did attend a campout with his coworkers after only two weeks of us being here.) We even went to a fish fry at which the featured main course was fresh perch from Lake Erie that had been caught not even 24 hours earlier.

Now I have a desire to relearn how to scale and gut a fish (I once had this skill, Yooper kid that I am), and Matt is taking a certification class to get his hunting license. We will probably become those people who start asking for fishing and hunting gear for Christmas.

Here are some photos from my recent adventures in Outdoorsing:

Bessie Metzenbaum Park has three trails, one of which is called the Summit Trail. Idiot that I am didn’t quite catch the “summit” part and decided to walk it with the Pyrenees. It’s a steep climb, and I only kept climbing because I thought there would surely be some kind of payoff at the top – a vista, a view of some kind, maybe even a sighting of Lake Erie off in the distance. There wasn’t. 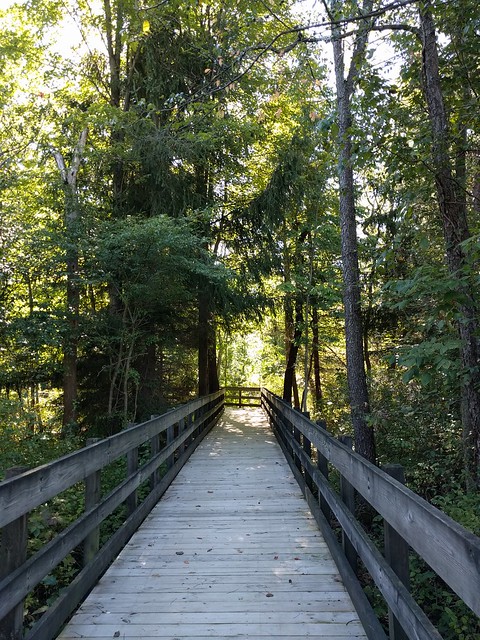 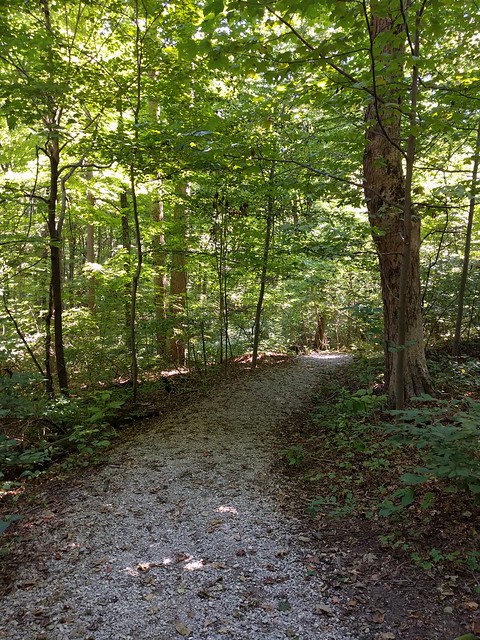 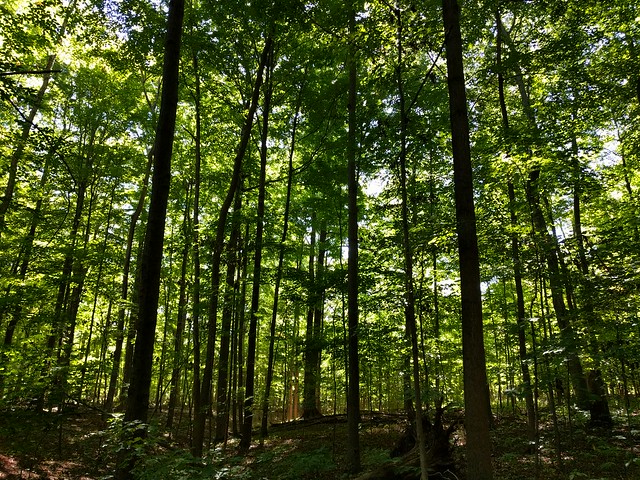 At some point recently I had driven past a castle – yes, a castle – on my way back from Home Depot. The following weekend, I bribed the kiddo to go visit Squire’s Castle with me. In return I would take her to Heinen’s, a local grocery store where I had her choose her birthday cake from their bakery. Chocolate ganache and a castle? It happened. 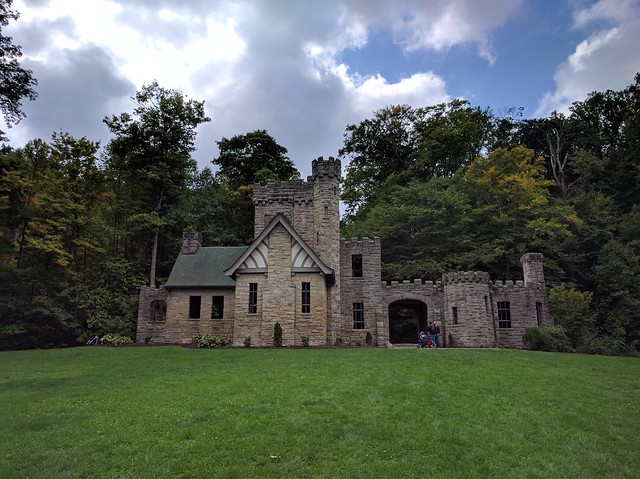 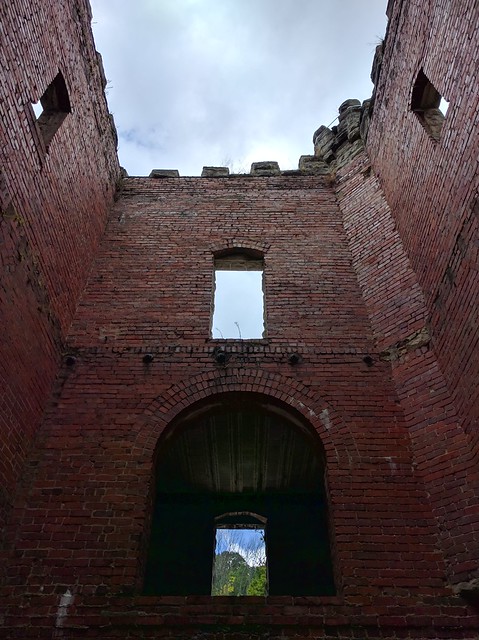 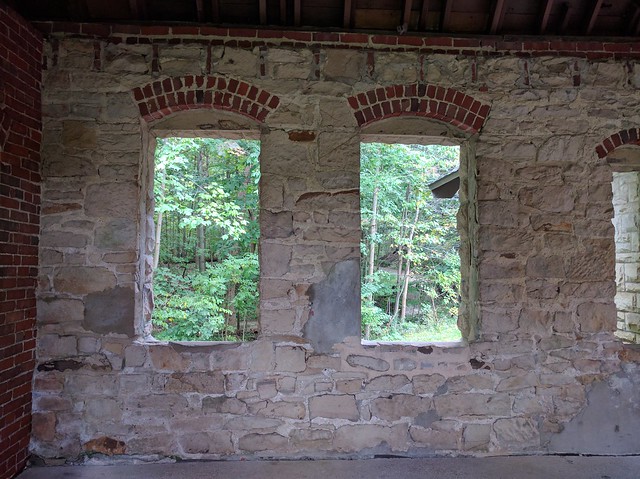 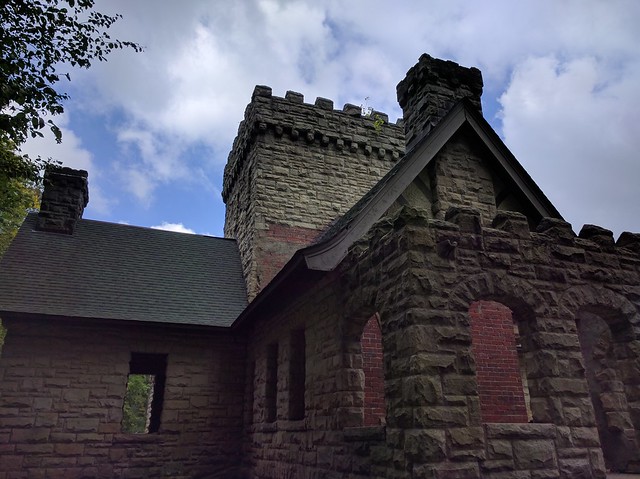 The next weekend we were off to the West Woods in search of Ansel’s Cave. We decided not to hike to the cave and instead opted to go to the Falls Trail. Here we expected to find a waterfall, but there hadn’t been enough rainfall recently. The rock pools were full, and the beech and maple leaves were really starting to turn colors by now. Ansel’s Cave is still on the bucket list, however. 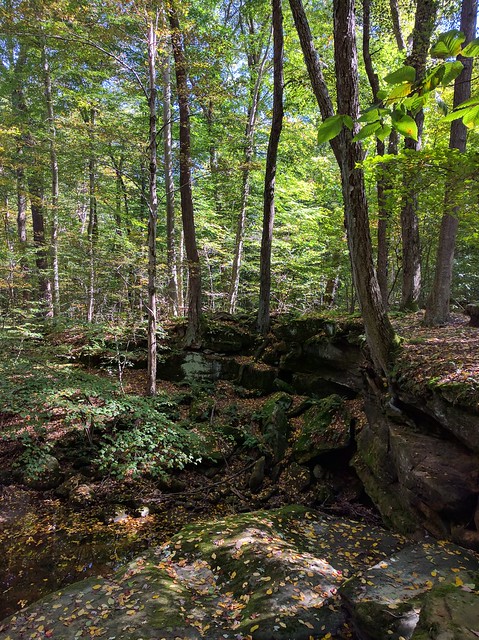 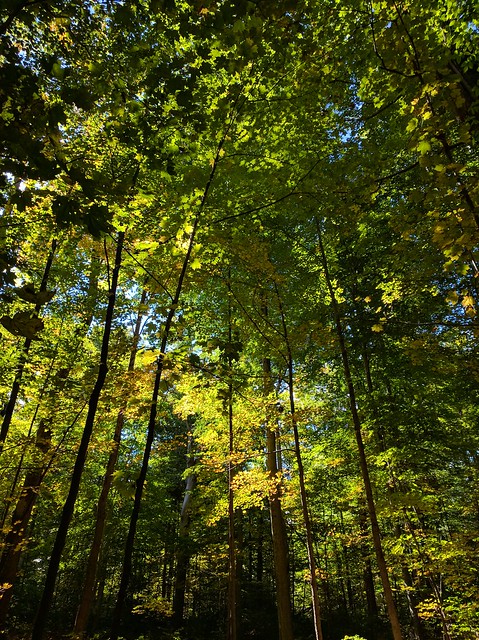 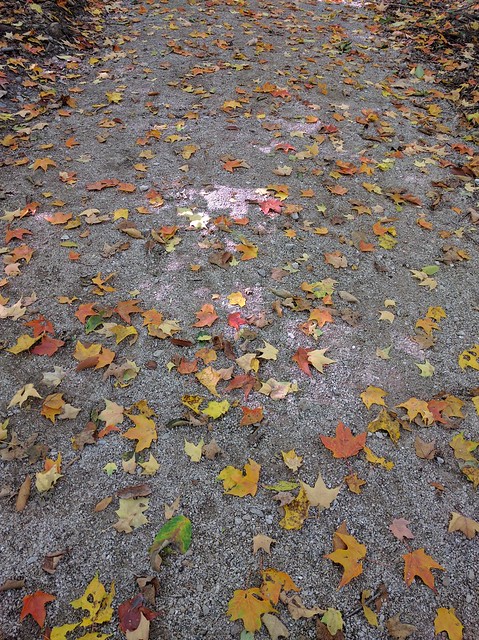 Finally, yesterday the whole family headed out to Patterson’s Fruit Farm just a few miles north of where we live. There were apple cider donuts, maple syrup, bags and bags of fresh-picked apples, and pies for days. I picked up a sack of Jonathan apples and decided to make a pie at home, which is what I did this afternoon. The rest of the apples will get turned into cider and donuts. (We are clearly really enjoying fall.) 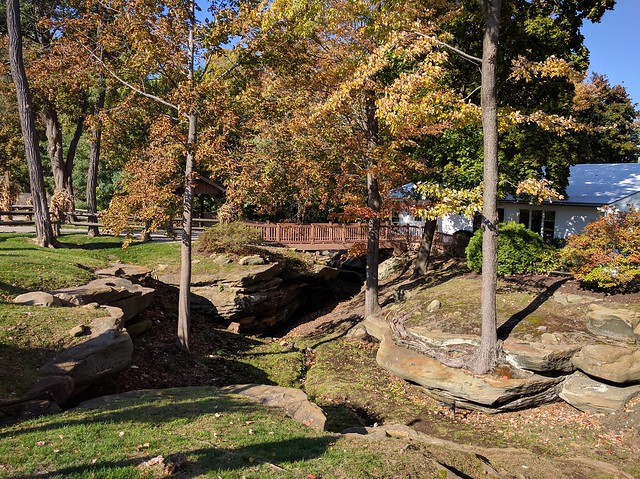 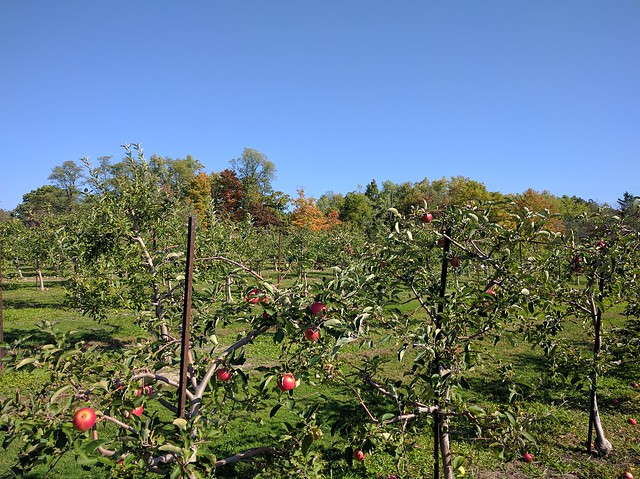 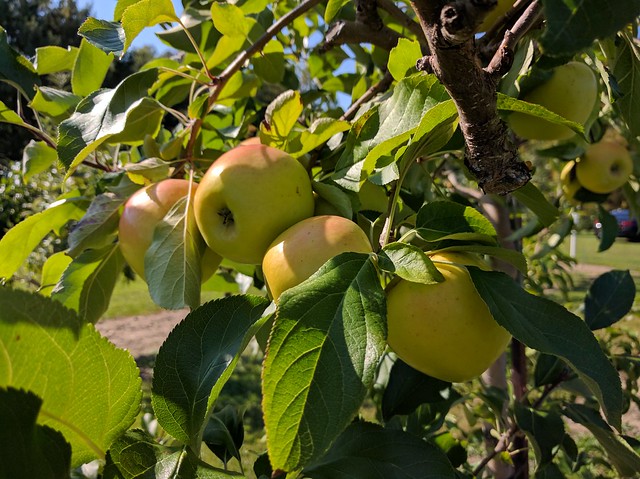 One thought on “What Was Missing”