During my senior year of high school, I lived in the D.C. area where my art teacher took a couple of paintings I’d done in class and submitted them to a congressional art showing. They were accepted and prepared for display. The art teacher, Mr. Hurley, contacted my parents to let them know to show up at some community building in District Heights for the awards ceremony. Plans were made. My mother went out and bought me a dress. All of this was done behind my back, of course. I don’t remember being told of any of this until the Saturday morning we were expected to show up, so I might have a few details wrong. I mostly remember Mr. Hurley giving me some kind of GOTCHA! face when I showed up to class on Monday morning. He knew I’d never submit any of my own work so he did it for me and hoped I wouldn’t be mad at him.

I didn’t win any awards, but the kid who did win complimented me (which is kind of like getting an award, I think) on my painting of a yellow horse. The art show directors took all of our artwork to be displayed in the halls of Congress for the next twelve months, then the congressmen promised we’d have them returned to us by the following November. I provided the Maryland congressman my mailing address on a super fancy form and entrusted him with returning my personal artwork.

I relied on a government official. Hahaha! I was just a kid…

That high school art class was the last time, until recently, I had ever done anything artistic. My daughter is an incredible artist (this kid can bust out a portrait done in black watercolor on her first attempt), and for years she encouraged me to get back into it. It being anything: pastels, watercolors, sketching, oil crayons, charcoal, etc. So I did! But with most of my art supplies awaiting me in a suburban Cleveland storage unit, I haven’t been up to much. But yesterday, I started emptying my iPhone of photos and came across some of my recent sketches and paintings.

I hadn’t noticed it until now, but all the watercolors are kind of representative of places I’ve lived. Except the birch trees. At the time I was just wanting to paint birch trees, but now I can look back and remember how badly I’ve wanted to live in a place that was full of birch trees. My new house in Ohio is surrounded by a tiny forest of birch trees! Maybe I should attempt to paint a billion dollars, just to see if that comes true, too. 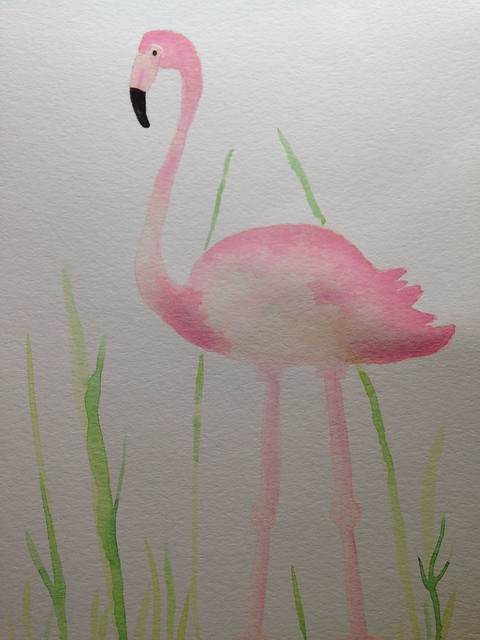 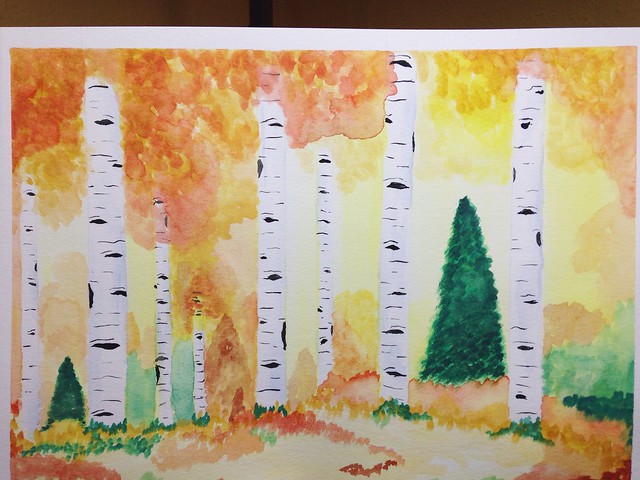 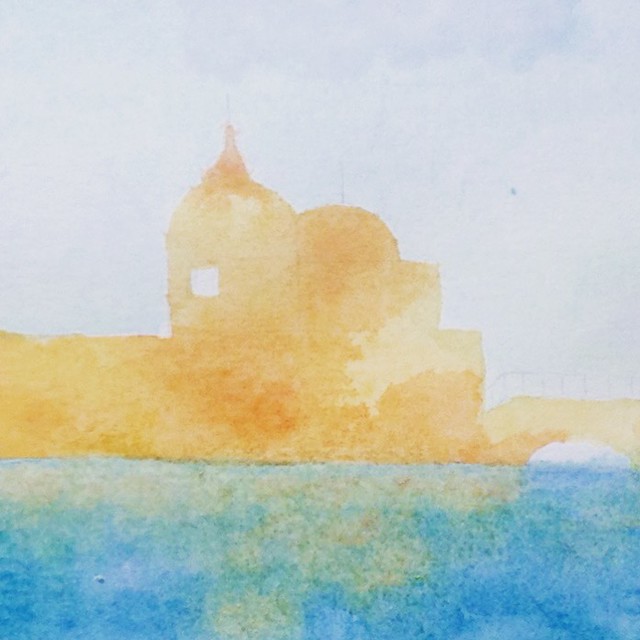 About this drawing: I found some chalk pastels in Elle’s closet during a massive spring cleaning and decided I need a break from my Auschwitz class. As you can probably tell, Auschwitz wasn’t too far from my mind. It wasn’t until after I finished the train entrance that I realized the building looked like a face, a super creepy face, with its mouth wide open to gobble up the incoming detainees. 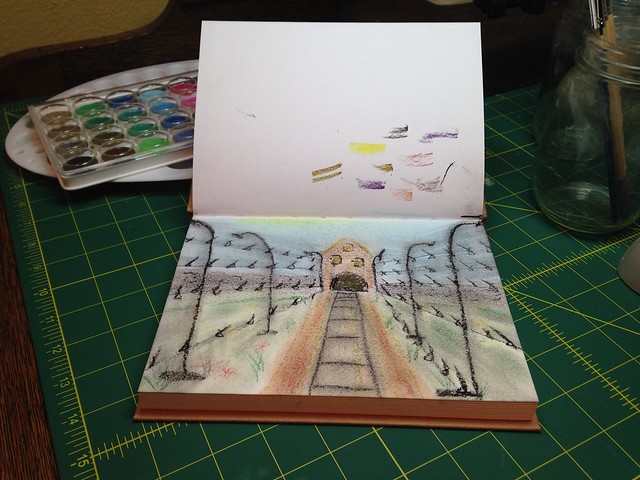 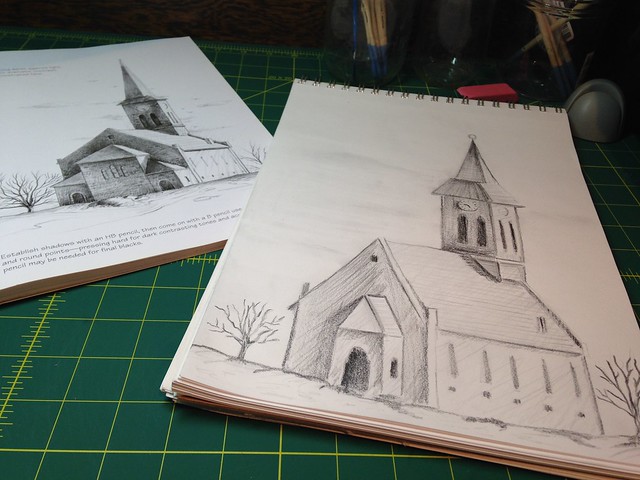 Remember that congressman I mentioned? His name is Albert Wynn. A few months after he took my address and promised to send me my art pieces, he got caught up in a juicy scandal that was the result of him leaving his wife for a white woman. (If you’ve ever lived in the DC metro area, especially in predominantly black Prince George’s County, Maryland, black men who chose to be with white women – in the 1990s, at least – committed a major cultural infraction). So while I understand Congressman Wynn probably had other things tying up his time, it has been 21 years. I’m still waiting…

3 thoughts on “Art and Politics”