To call Oklahoma’s weather inconsistent is an understatement. In fact, a friend of mine recently called Oklahoma’s weather “a bipolar bitch.” It makes total sense if you live here. That our Thanksgiving weekend ice storm was topped off with a 4.5 earthquake came as no surprise. At this point we Oklahomans expect seismic activity to bring down the curtain on all of our major weather events. Are you familiar with the term quakenado? Of course it’s a real thing. Why wouldn’t it be? It’s Oklahoma.

We woke up early Saturday morning to the strange quiet of a power outage. After crawling out of bed, we puttered around the house unsure of what to do once we realized nothing works without power. Elle decided to do some drawing. Matt decided to do some gaming on his phone. I decided to put on two pairs of pants, three shirts, a scarf, hat, and fingerless gloves just so I could crawl back under the flannel sheets of my bed and read. It was 52 degrees inside the house.

Nena’s, a restaurant only a block away, provided us with power, heat, lights, and a filling breakfast. Nobody really wanted to go home after that, but where else could we go? We had already driven down streets on which power lines and whole trees had come down, stressed to their limits from the weight of all the ice. So back at home, we lit our gas stove to heat up a kettle of water for hot chocolate. Then Elle and I bundled up and stood on the porch where we watched neighborhood trees fall and listened to transformers explode. We used to do this back in Florida when a hurricane was blowing through. It’s pretty much the same here – only colder.

The dogs couldn’t play or pee outside unattended for three days. To have one get hit by a broken tree limb, a melting chunk of ice, or a snapped live electrical wire in our yard was just too risky to let them out alone. This past weekend was a test of everyone’s patience, and all the dogs’ bladders.

We were the lucky ones, however, who got our power back by Saturday afternoon. Our neighbors behind us just got theirs restored yesterday. Others have had to wait an entire week. The street is flanked on both sides by the remains of downed trees and various limbs, but everything has returned to normal. For the next few days, my husband will be doing the majority of our yard work with a chainsaw. And tonight we enjoyed the hot tub again with no more fear that the pecan tree would collapse onto our heads, drowning us both in a spectacular fashion. Believe me, I was so cold at one point that I still considered risking a dip in the hot tub…while wearing my husband’s motorcycle helmet, of course. You know, just in case. 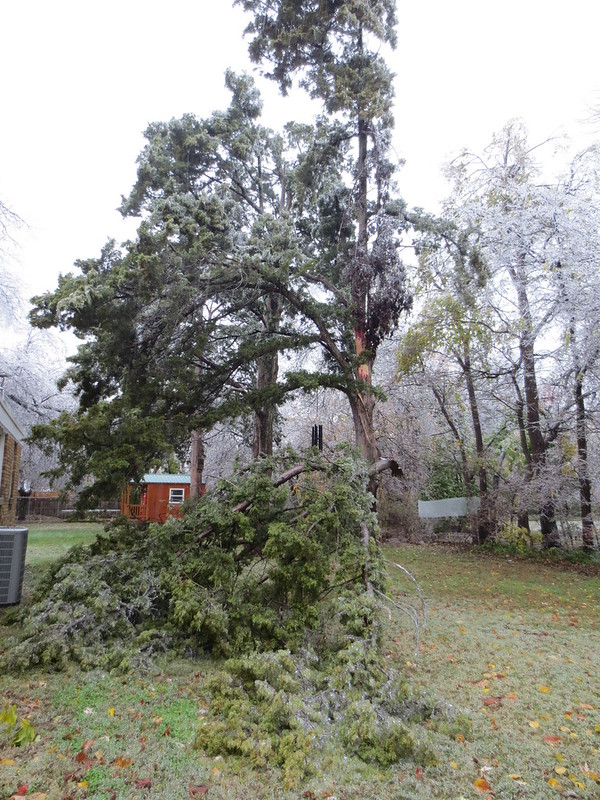 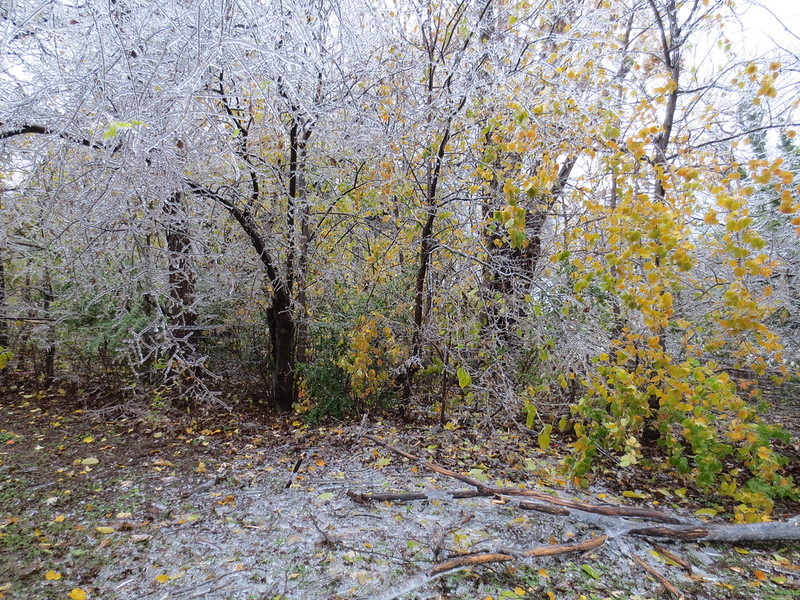 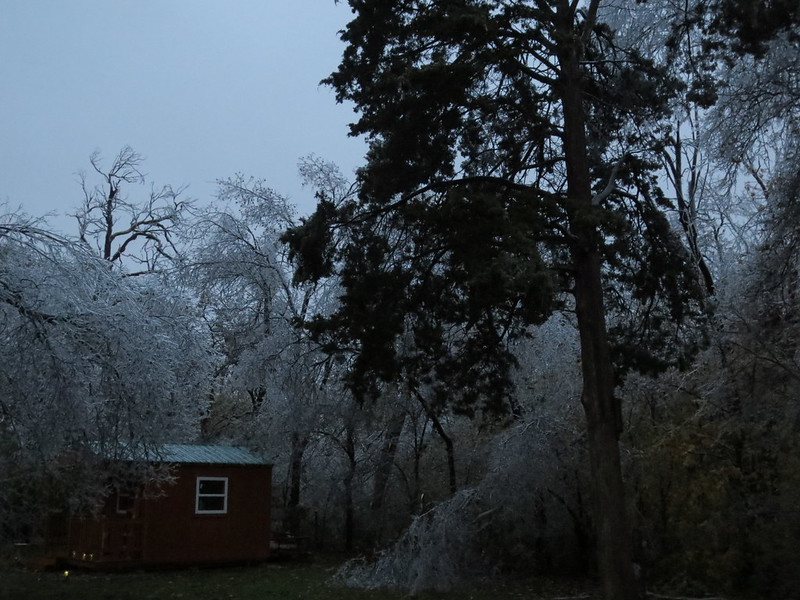