My husband went on a solo camping trip over Memorial Day weekend. The weather forecast was terrifying at best, but he was adamant. He always sends me a photo of his campsite – he’s a proud campsite nester – and this time he included a little note that mentioned he’d befriended a puppy. From the looks of it, according to Matt, this pup had been living at the campground for awhile, either abandoned by some jerks or lost and alone after wandering away from her family. They kept each other company that night, he and this puppy, as tornadoes tore through the state. I spent my evening tracking supercells in two counties and texting my husband with updates. There were flash floods and tornadoes all over the place. One was within 15 miles of his campsite near the Lake of the Arbuckles. It was a busy night for us both. 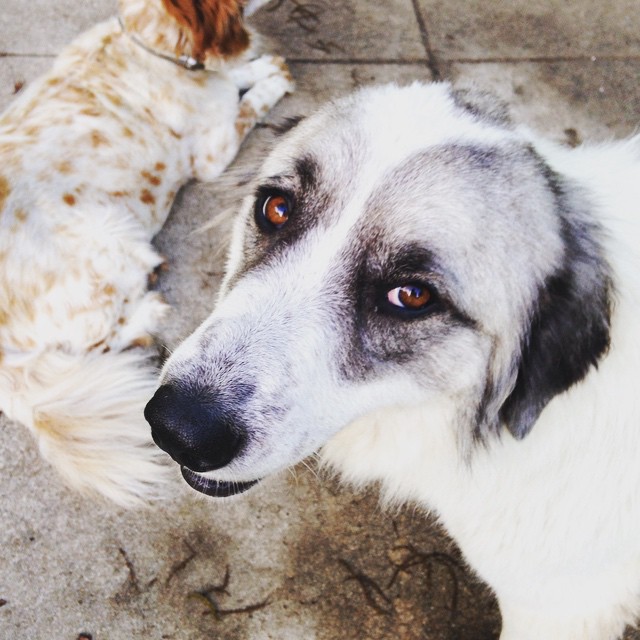 I had the following week scheduled off from work, and was contemplating a trip of my own to Northern New Mexico or Southern Wisconsin. However, Matt and I both agreed he couldn’t just leave the puppy there. He’d sent me a photo and she looked…medium size-ish. I began to ignore any thoughts of a solo road trip and promised to stay home that week and care for this poor pup until we could find her a good home.

Which brings us to Ari. That’s the puppy. Photos sent via text message are the biggest liars ever by the way, because she turned out to be a 75-pound puppy. She’s a Great Pyrenees/Anatolian Shepherd mix and we are so in love with her. Clearly, Ari’s not going anywhere. We’re getting her microchipped this week (she had no chip and no tags when she was found). Ari (named after Lake of the Arbuckles) is now an official member of our human/dog pack. 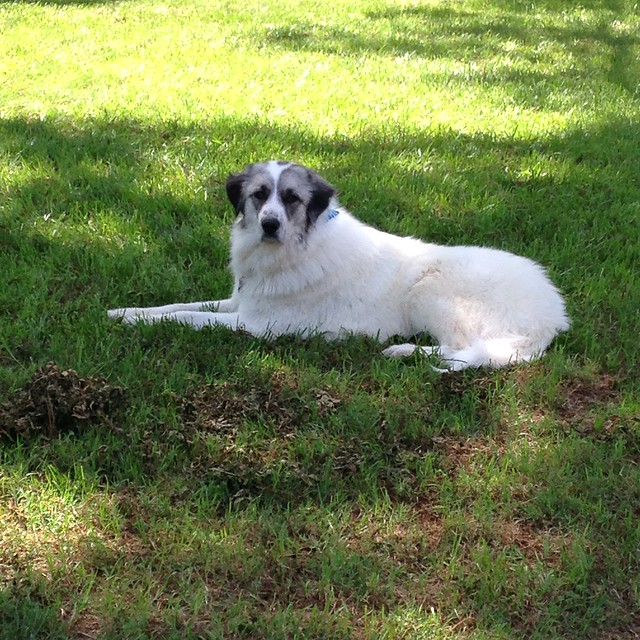 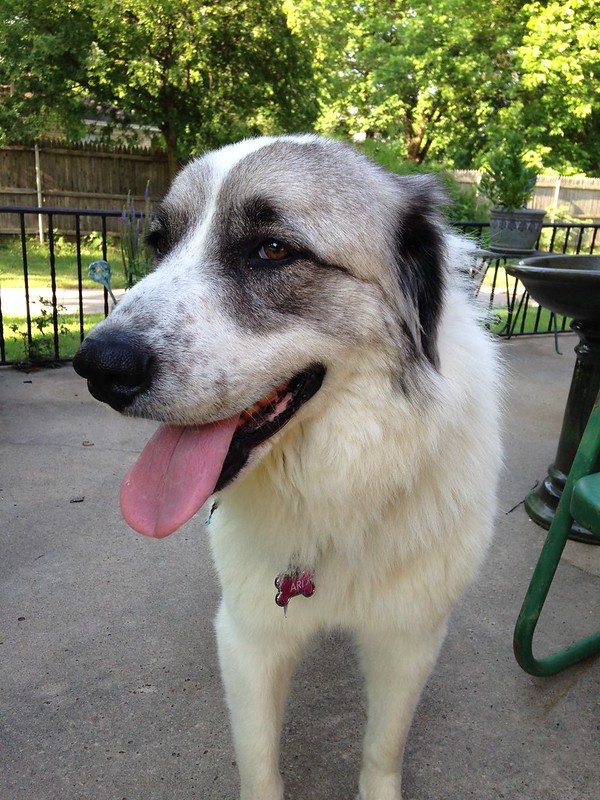 Before Ari showed up at Matt’s campsite, I’d been wondering a few things. What would it be like to have a fourth dog? Could we handle a fourth dog? Does anyone in their right mind even NEED a fourth dog? But we are dog people so these were not completely crazy questions. The answers to those questions are: It’s pretty much like having three, but with an extra; Yes; and We might not NEED a fourth dog but that fourth dog desperately NEEDS us.

I am not asking questions about a fifth dog. I know my limits.

So, as our family grows I figure it is only fair to show how much my garden has grown. Thanks to those same Memorial Day weekend rains, the garden practically exploded overnight and I’m thrilled with how it’s been progressing. We’ve already enjoyed some sugar snap peas in a sauteed veggie mix and my yellow sugar sun tomatoes are popping out about half a dozen a day or so. The cucumbers are right on target, my okra is gearing up nicely, and the eggplant…IT’S STILL THERE! I’m deliriously optimistic that I might actually beat the elements this year and get at least ONE FULL EGGPLANT out of these plants.

By the way, I gave up on growing squash. That stuff just pisses me off. 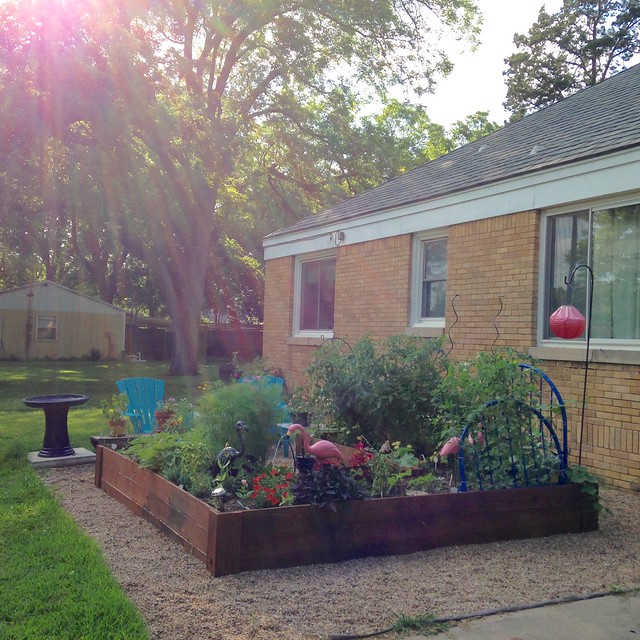 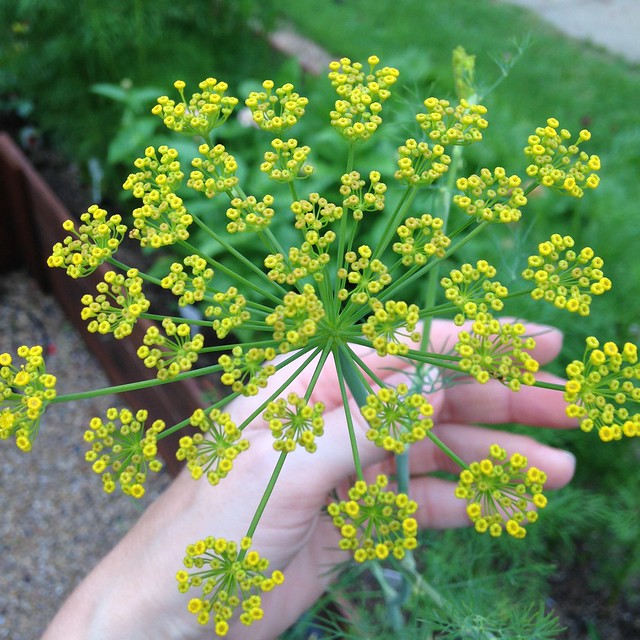 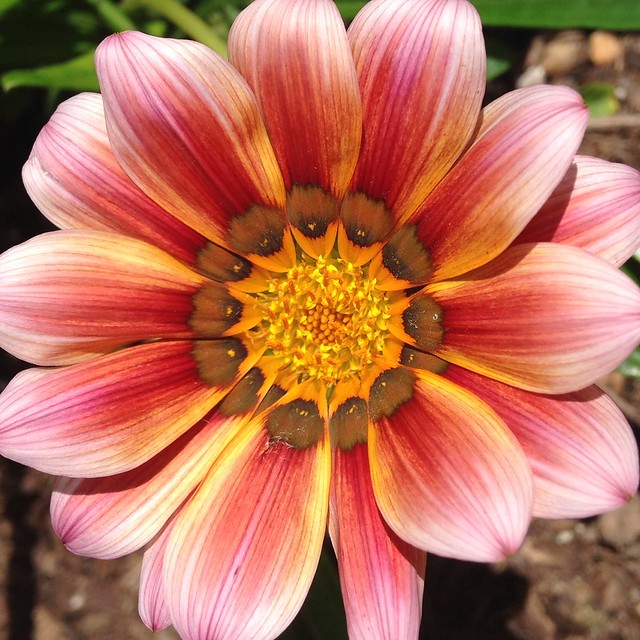 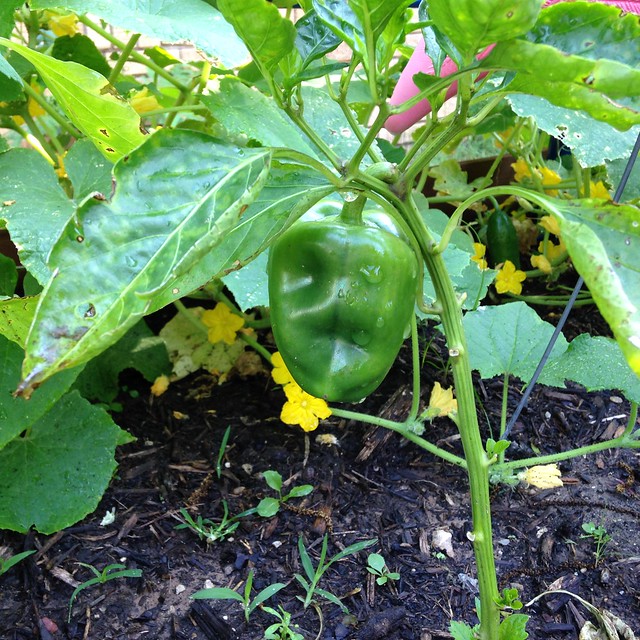 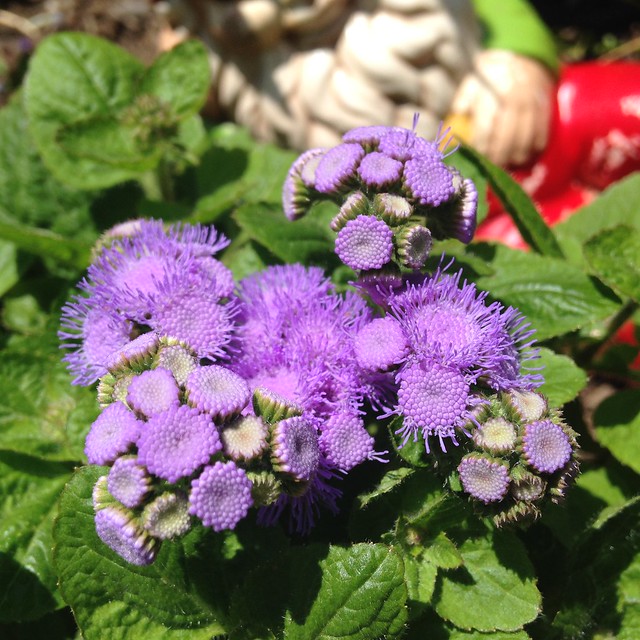 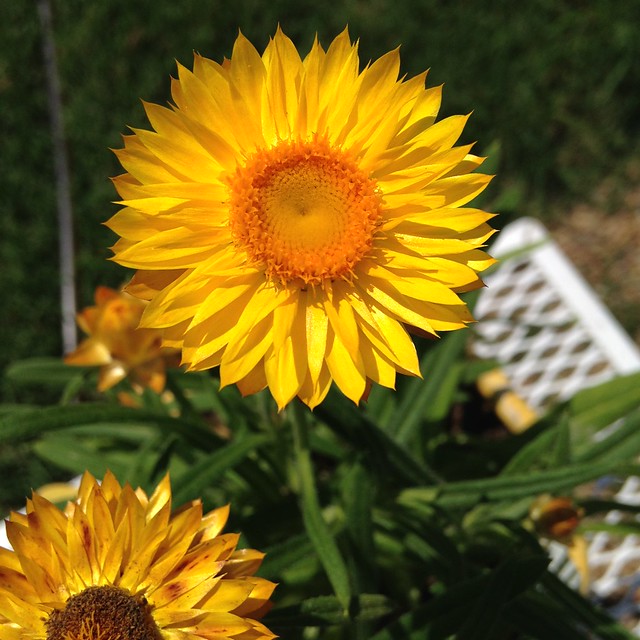 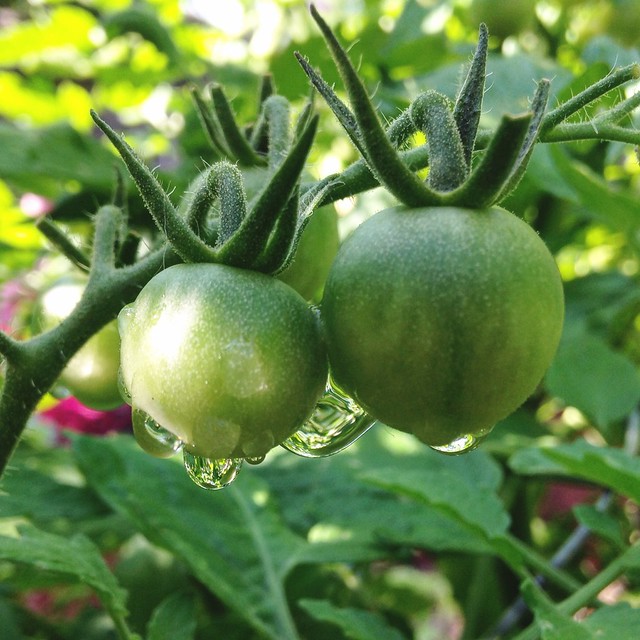 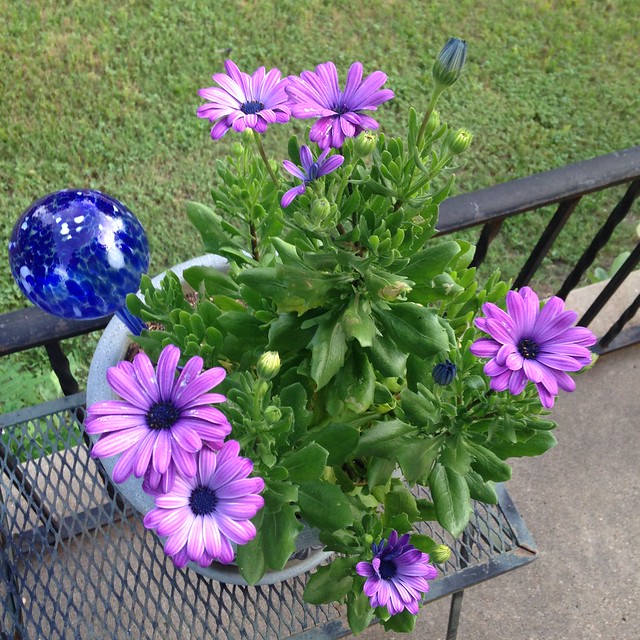 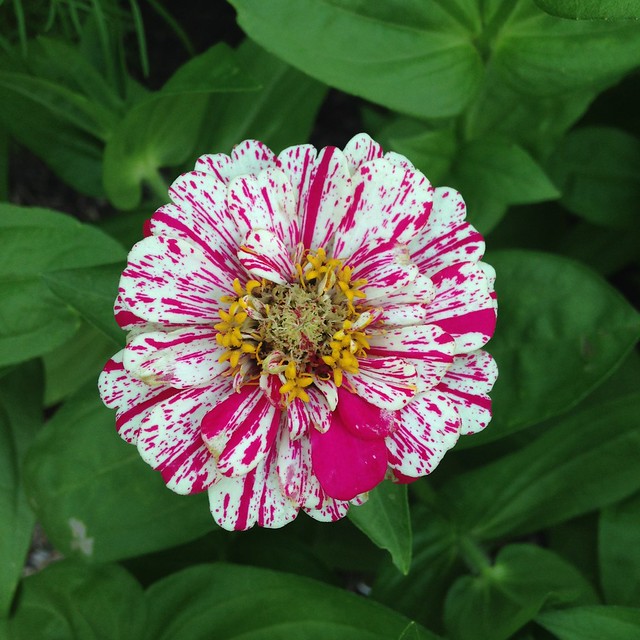 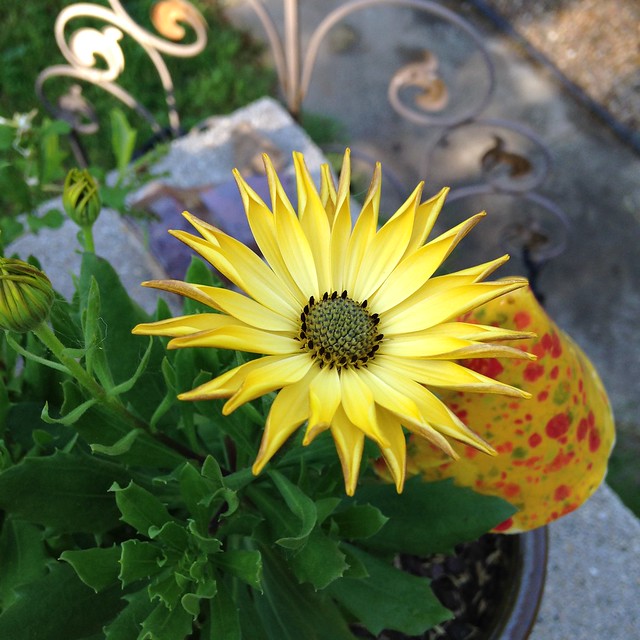 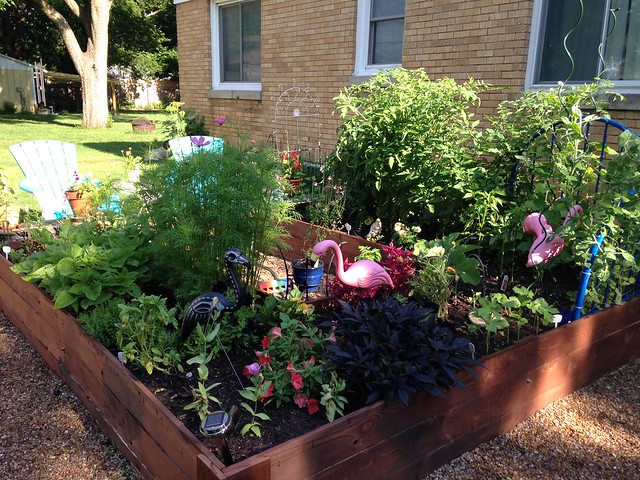