Did you know that the Bee Gee’s hit song “Stayin’ Alive” is the best song to have stuck in your head while performing CPR? It’s all about the rhythm, or the compressions per minute. And how fitting is that song title? I wonder how many lives the Bee Gees have saved just by writing that catchy little tune.

But prior to CPR (and the Bee Gees), there was the Silvester’s Method. It was occasionally referred to as Sylvester’s Method, as you can see from the illustrations I found in The Soldier’s Handbook published in 1909. 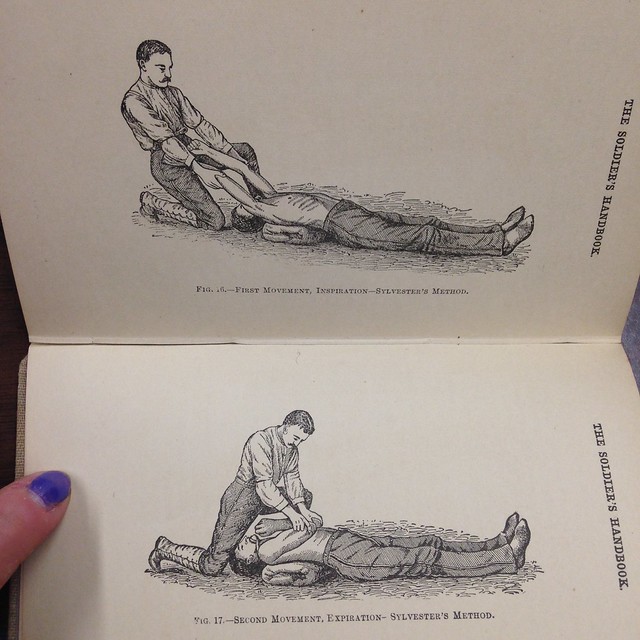 When I was a little girl I had quite the crush on Andy Gibb. It was probably because of his hair. He had great hair. My early childhood and teenage crushes all had really great hair – Eddie Rabbit, Jon Bon Jovi, Sebastian Bach, etc. But I digress. The reason I bring up Andy Gibb is to point on the irony of his early death. Andy died from complications of myocarditis which causes sudden cardiac arrest and even death – a death that, incidentally, can sometimes be prevented by administering CPR.