• Our dog, Chimay, went blind just after Christmas last year. Normally we would place our Christmas tree near the front windows so it could be seen from the street when it’s all lit up, but we can’t do that this year. This year we had to consider how often she’d walk into it, or get lost in it, or potentially poke her eye out with a pine needle. After discussing a table-top tree, a fake tree, or continuing with our tradition of picking out a real tree, we chose another Douglas fir and set her up in the corner of the dining room. For all we know,  Chimay has no clue that it’s even there. Everybody wins! 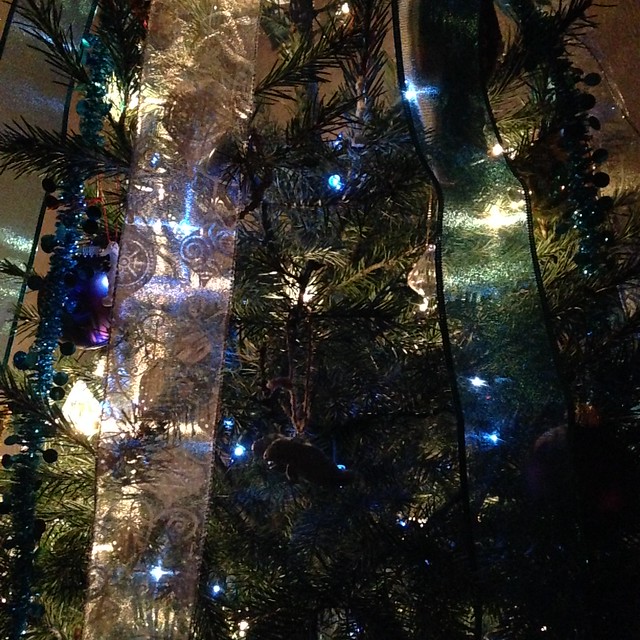 • It has been so long since we’ve seen the sun that I’ve lost track of time. Its last full appearance happened between 3-4 weeks ago and I have surprisingly kept it together, dosing myself on a regular regimen of Vitamin D gummies and watching Gilmore Girls on Netflix. Is it odd that I find the opening credits’ sepia tones to be somewhat comforting? Just today my husband manually juiced up the batteries of our solar-powered gate. It died on the third day of no sun and we’ve been opening it by hand ever since. I might just hate that gate more than I hate winter (when it’s not being powered by the sun, that is).

Here is a photograph I took on December 9th. We have seen the sun exactly twice since then, and only for about 30-45 minutes each time. 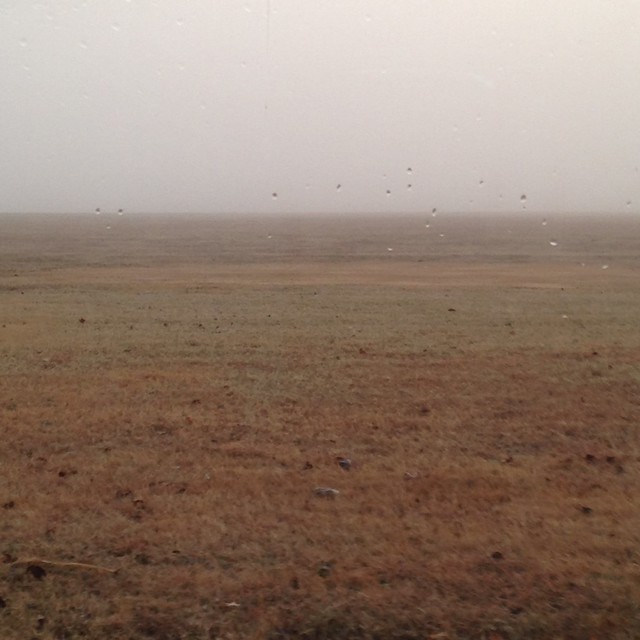 • Which leads me to this photograph of our home’s rooftop and a brilliant blue sky in the background. I was outside taking pictures because I was afraid the sun would go into hiding permanently and I didn’t want to forget what it looked like! I was chased back inside by the blare of tornado warning sirens. It hailed. It rained. It earthquaked, too! Then some rotation began on our side of town near the airport and touched down near Edmond.  The sun disappeared for another week. FIGURES. 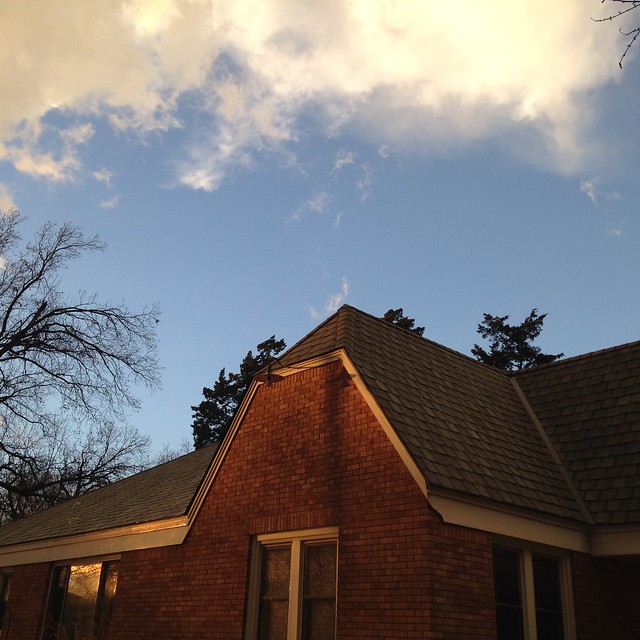 • A few weeks ago my jaw started to bother me once again. My TMJ disorder creeps up at the most inopportune times, like on holidays when I’ve maxed out my dental insurance. Things like sprained arthritic jaws happen, or my newest malady – a bruised tooth. Google it. That stuff’s real. None of the muscular exercises or alignment treatments seemed to relieve my pain, and I’m back on antiobiotics through the remainder of the year. Because it’s not Christmas in this household until someone’s on amoxicillin! (That person is usually me.) While at work last week, I came across this book in the children’s section that helps explain to young kids what it’s like to lose your baby teeth. Did you know that in most Asian cultures it’s customary to throw your teeth onto the roof or bury them in the ground? Some culture even ground them into a soup or try to convince rats to trade their teeth with the children. Maybe my belief in the Tooth Fairy is where I went wrong and now I’m doomed to dental suffering for all eternity. 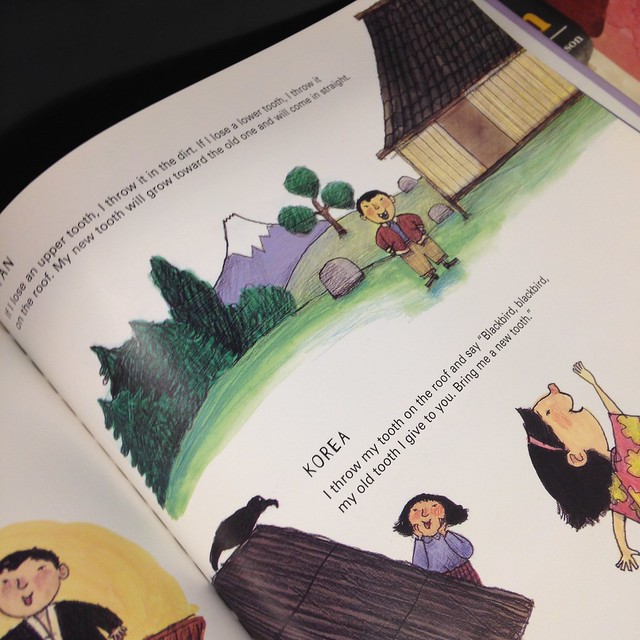 • I had the opportunity to watch a World War II medal ceremony. My museum’s curator’s father was honored by the French Consul for his service in Europe and North Africa. Another gentlemen was also honored for his service in the Battle of the Bulge, during which he lost his leg. The French Legion of Honor is France’s highest distinction. I’m telling you guys, the French do not take America’s role in the war lightly. The ceremony was conducted in English for the first half, but policy strictly enforces the actual medal-awarding portion be conducted in French. Here’s a shot I got of Earl J. Gonzalez receiving his medal. That this happened in his son’s museum was pretty awesome. 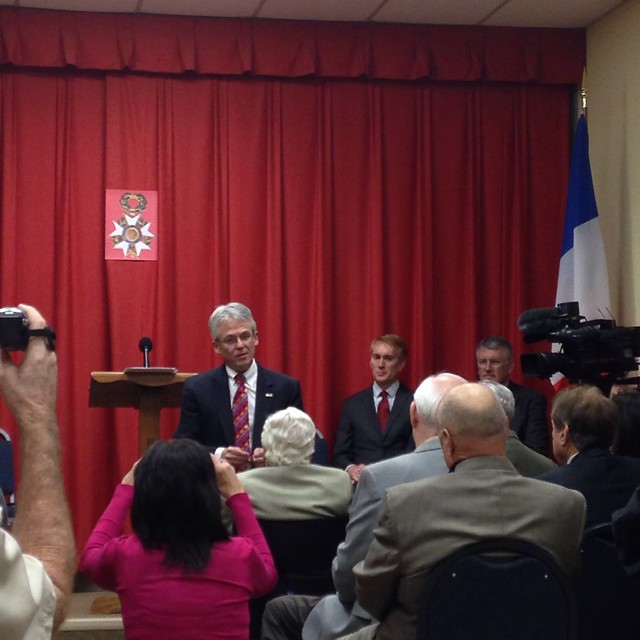 • Last night we went to our first Oklahoma City Thunder game in two years. It’s always fun, and the weather was a bit more balmy than the last time. That was when it had snowed and it was freezing cold outside, making our walk from the arena to our parking spot exceptionally miserable. This time, though, it was a mild 40-something degrees. Believe it or not, we have the fog to thank for that. Yin. Yang. Whatever. 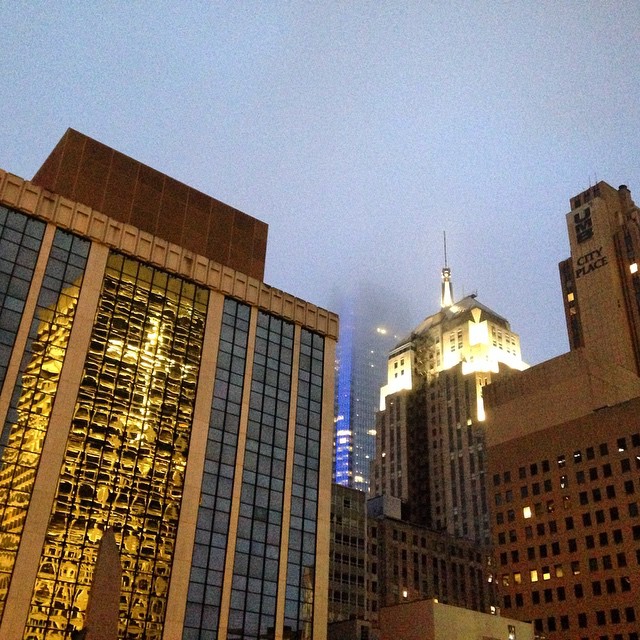 In reading news – I’m researching Gerda Lerner for a historiographical essay project. I absolutely love this woman and I won’t be surprised if I head in the direction of women’s studies from this point forward. I’m still learning historical schools of thought and so far two really stand out for me: feminist theory and a school called “history from below”, stories told from the perspective of those outside the decision-making processes. It’s a social history narrated by those whose stations in life were directly or indirectly controlled by those in power. Slaves, women, child laborers, Jews, immigrants, etc.

I’m reading Fireweed: A Political Autobiography and Why History Matters: Life and Thought, both by Gerda Lerner. Up next is Lerner’s The Creation of Patriarchy.

Another interesting read is Auschwitz: A History by Sybille Steinbacher. I’m halfway through this one. I’d probably be further into it if I weren’t researching Lerner, because this one is completely by choice. Lerner, a Jew who was once jailed by the Gestapo before she escaped Nazi-occupied Austria, was often threatened as a teenager with deportation to Dachau. And it is interesting to read how Auschwitz, and other Third Reich cities like Dachau, had such a rich history before their names became synonymous with mass murder and concentration camps. It’s fact versus emotion. Place versus person. Everything and everyone has a story.

Finally, a little lighthearted read which, obviously, I sometimes need. Sun-Mi Hwang’s The Hen Who Dreamed She Could Fly is a short Korean novel. It’s a tale of a few farm animals, their assigned roles in life, and how those roles must sometimes be discarded for the sake of another’s happiness. I loved it. It was a kind of magic, really. And I don’t say that often.