A few weeks ago I pulled out nearly everything that wasn’t a flower.

The okra stayed. The eggplant stayed (I’m still holding out hope, like some idiot, that something more than a blossom will actually appear). The carrots also stayed. I pulled some big ones up, Danvers, to use in our fall veggie pie but they tasted…salty. I cannot explain it. Salty carrots from the ground? Part of me doesn’t even want to know why. Part of me believes they won’t be salty when I pull more out later. But what the hell do I know? 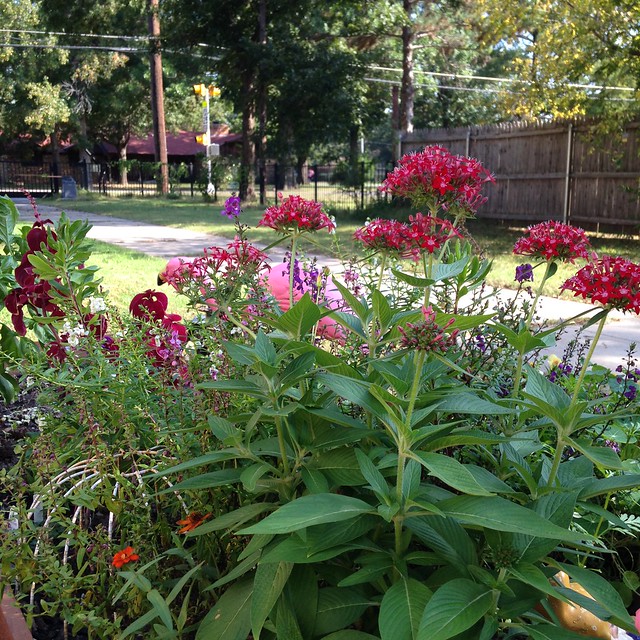 I found a pair of garden slugs living in my tomato dirt. They’re pretty fast movers when their entire home is being destroyed, those slugs. Funny, I’d never seen one before. At least, not alive. Over the late part of summer plenty of them decided my back porch was a great place to just drop dead. I’ve decided they’re disgusting both dead and alive. Wanna know what else is disgusting? Hornworms that look like they’re cocooned when really they’ve also just dropped dead, but they’re still attached to the tomato plant and have turned completely black.

Actually, dead hornworms are more disgusting than garden slugs. I’ll spare you the dead, blackened hornworm photographs (because I did take some). You’re welcome.

Here’s the slug, though. Put a cute hermit crab shell on him and he’s not so bad. 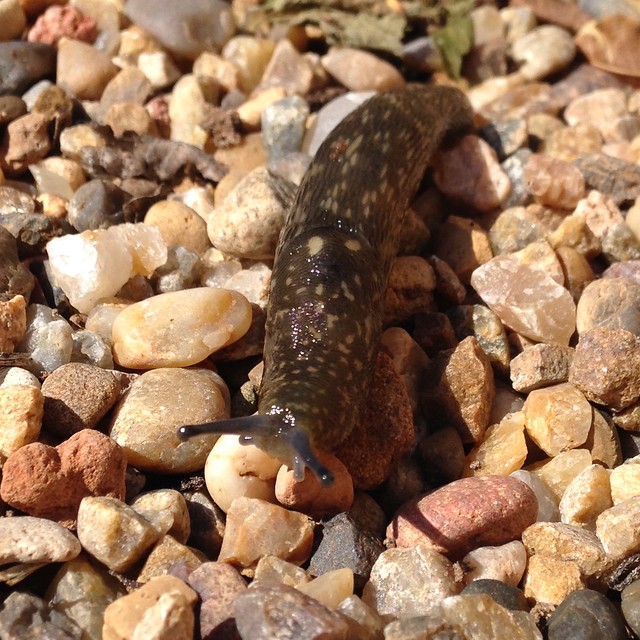 I’ve made other friends in the garden recently, too. Like this grasshopper, who looks totally friendly and not creepy at all, as most grasshoppers do: 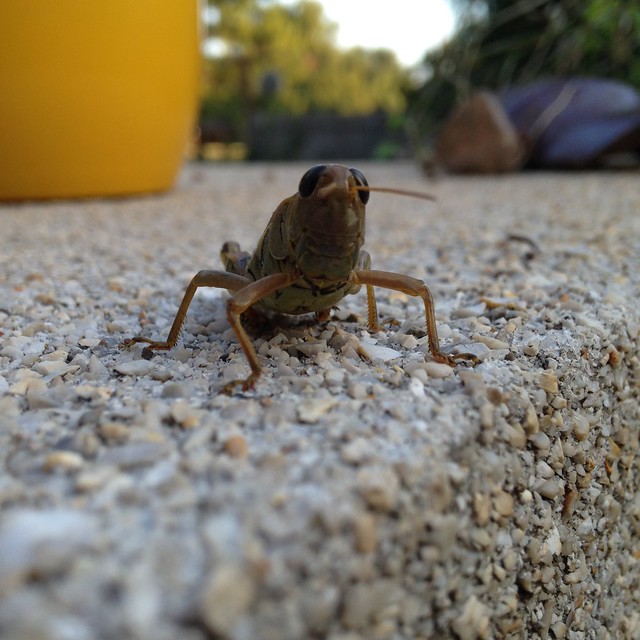 Also, these guys. Thousands of them, probably. I can never remember their actual name, this kind of bug. I usually just refer to them as the minions (Despicable Me, for those of you not in the know – how can you not be in the know?). Imagine them in overalls. Minions, right!? 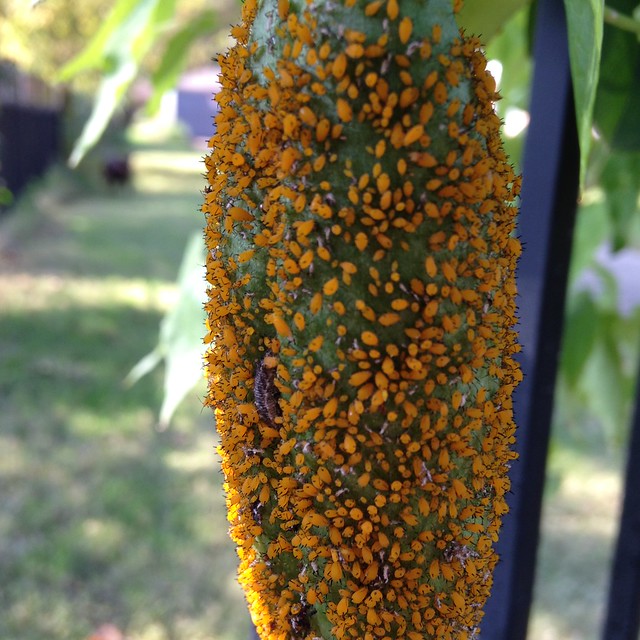 Most of this post has required very little thinking, although I am curious to know if all I’ve said about the garden residents qualifies as anthropomorphizing. Comparing a living creature to an animated creature doesn’t count, does it?

I’m tired and overworked. I have to read essay collections for fun now (I don’t have the brain space any longer to comprehend lengthy novels). I’ve been binging on Gilmore Girls on Netflix. I still eat an entire carton of Goldfish crackers a week. Some things don’t change.

Here are a few of my favorite flowers still in bloom: 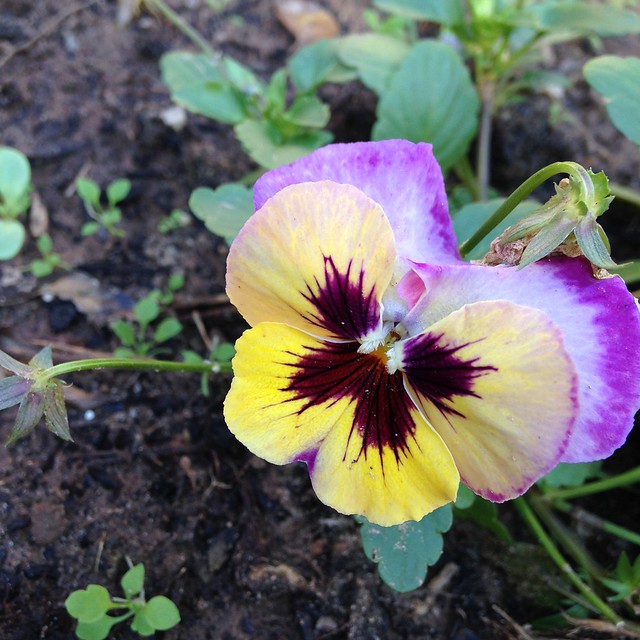 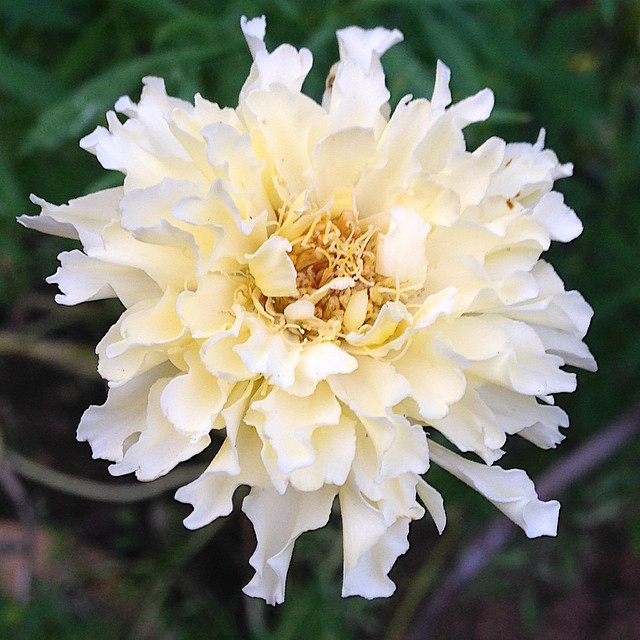 I hope for my next blog post I can include photographs from a place not located directly outside my back door. Although my hot tub is in working order once again, and a splendid way to spend some of my very little free time, it’s not really photo-worthy.