According to E.H. Carr:

“The historian starts with a provisional selection of facts and a provisional interpretation in the lights of which that selection has been made – by others as well as by himself. As he works, both the interpretation and the selection and ordering of facts undergo subtle and perhaps partly unconscious changes through the reciprocal action of one or the other. And this reciprocal action also involves reciprocity between present and past, since the historian is part of the present and the facts belong to the past. The historian and the facts of history are necessary to one another. The historian without his facts is rootless and futile; the facts without their historian are dead and meaningless. My first answer therefore to the question, What is history?, is that it is a continuous process of interaction between the historian and his facts, an unending dialogue between the past and the present.”

Put aside, if you will, any personal feelings you might have about Carr. To be honest, I have none at all. I don’t even know the first thing about this guy. Well, except that he wrote those words and they sound like poetry to me. Historiography is already proving to be an interesting class.

As you read your next nonfiction book, or even your next historical fiction novel, keep this in mind:

Speaking of influence over politics and, ultimately, the course of history, I have noticed a strange phenomenon in the Oklahoma City metro area in regards to Rasputin. Twice now I have visited eateries that depict some artistic rendering of the Romanov’s favorite “political” adviser.

First, he watched me from across the room while I ate the most delicious restaurant-made grilled cheese sandwich ever. Oddly enough, he is standing next to the Pope. My husband and I tried for quite a while to understand Rasputin’s place in this collection of famous people, which includes Michael Jackson, Babe Ruth, and Oscar Wilde. 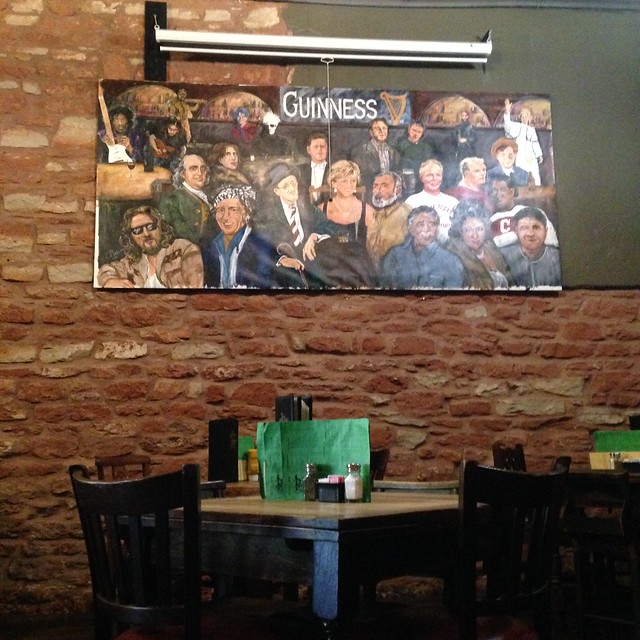 The Abner in Norman, Oklahoma

The second time was just last weekend. Rasputin hovered over me as I ate my slice of pizza. He, as you can see, had one of his own. I’m not much of a student of Russian history. I’m fascinated by the way the Romanovs were killed, so I mainly read about the immediate events leading up to their execution. The Romanovs were Russian royalty, their fate sealed by the revolution and, probably, by their association with the man who is strangely celebrated around Oklahoma City. 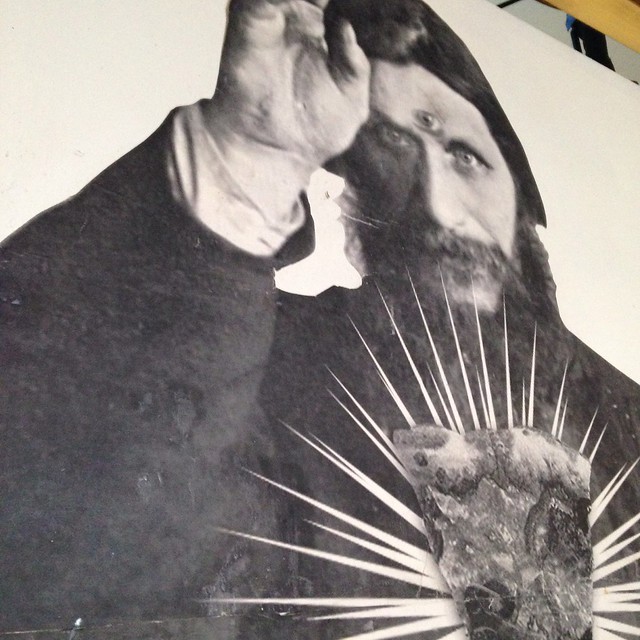 8 thoughts on “What is History?”