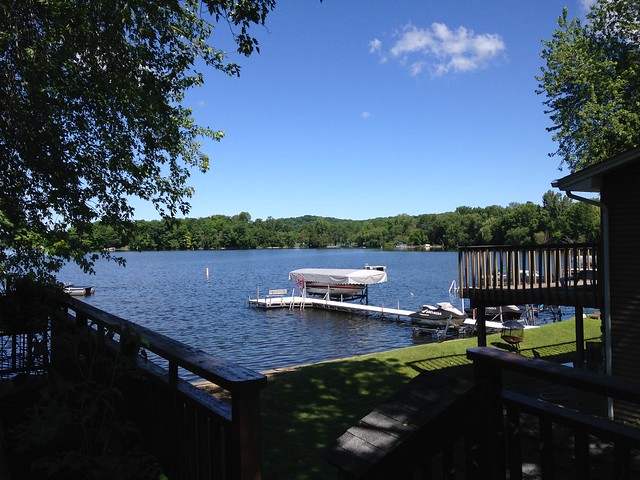 Our first night at Little Cedar Lake started late. We pulled in around 9:30 Wednesday evening, said hello to our hosts for the week (my cousin Debbie and her fiance, Mike), and went to unpacking the van straight away so we could get to the business of sleeping. For months I had been looking forward to “glamping” in one of my cousin’s two glampers. Oh, the fresh air, and the sounds of nighttime! Who was I kidding? I gave up after a few hours and went inside to take over the couch.

I woke up refreshed, as if I’d slept a full 8 hours (which NEVER happens). And with the sun shining so brightly outside, I actually wondered if I had slept in too late. When I checked the time it wasn’t yet 6 o’clock. IN THE MORNING. Northern latitudes – you play mean tricks! I immediately thought of all those nights as a kid in Upper Michigan when I could play outside until it was 10 o’clock at night. The sun comes up at four a.m. during some parts of the year. Then a delightful thought sprang into my mind – GO BACK TO BED. IT’S TOO EARLY. Before I fell back to sleep, I took this photograph so I could remember not only the view I had each day, but also what early morning looks like up north. 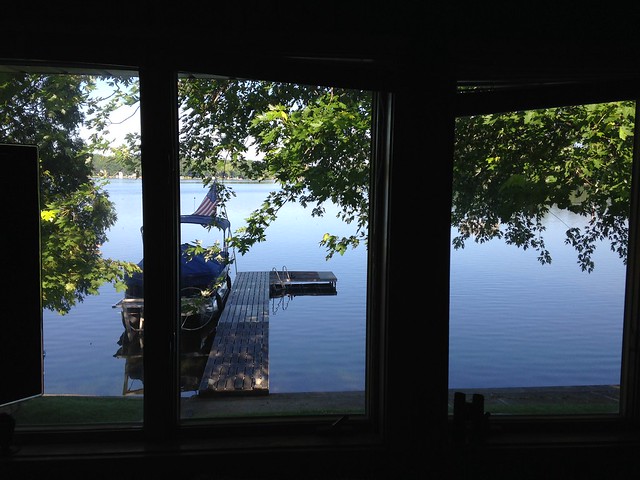 We spent most of our days on the lake. There was fishing. There was boating. There were July Fourth fireworks coming from every direction. There was family reunion-ing. I finally met my cousin’s son, born only two months after my own daughter. He is autistic but he held my hand when we said goodbye to each other. I’ll remember that forever. 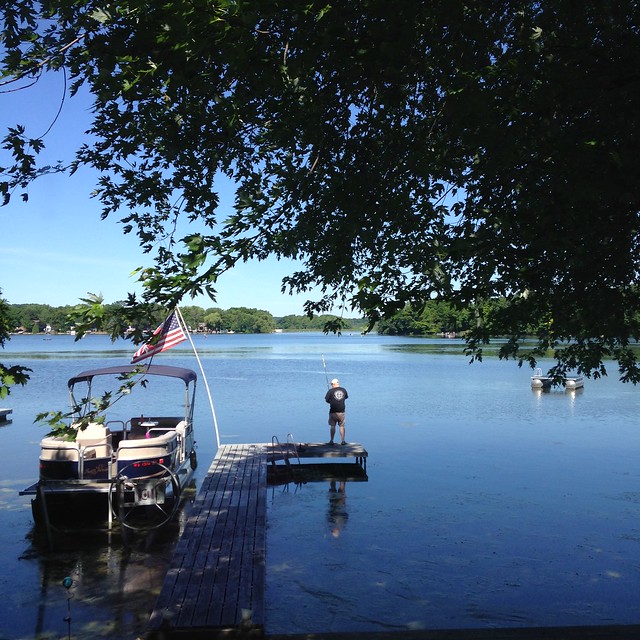 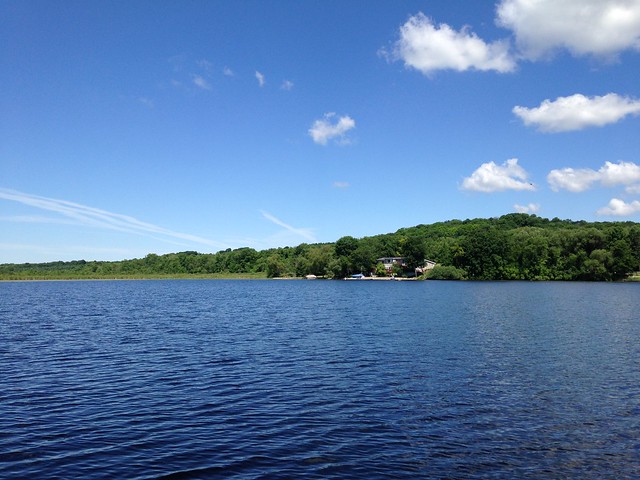 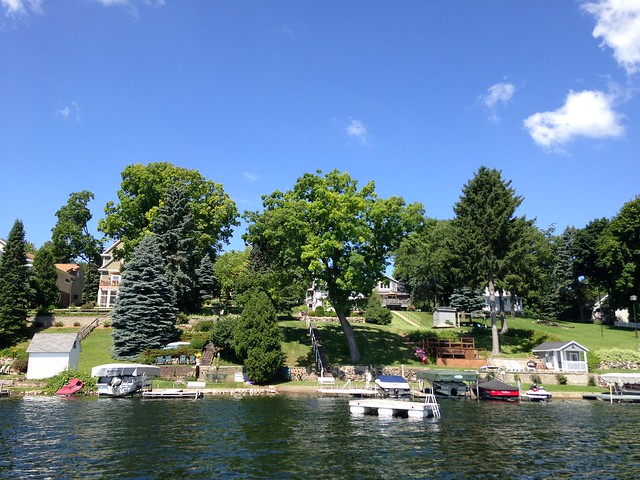 I took some time to introvert in the glamper – to read, to nap, to listen to the birds. 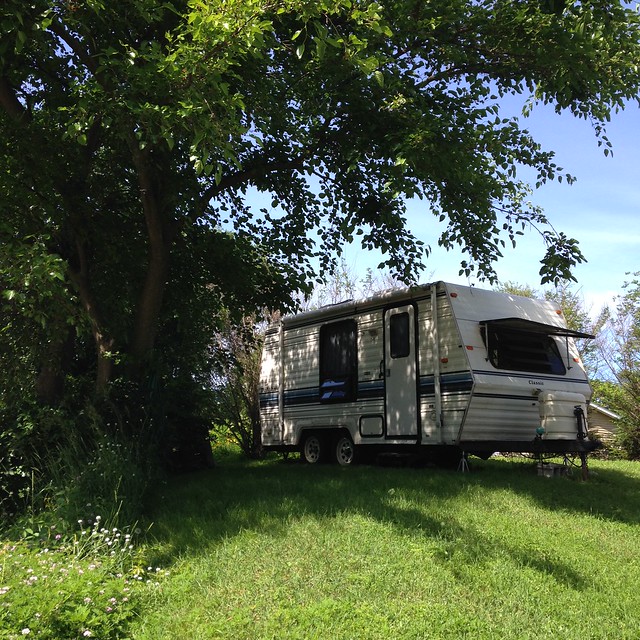 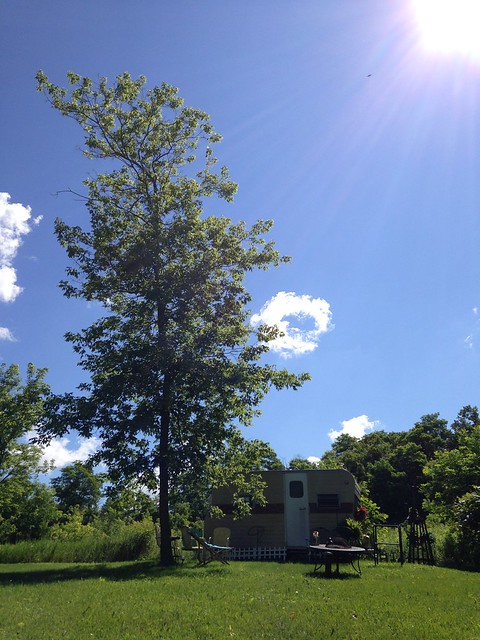 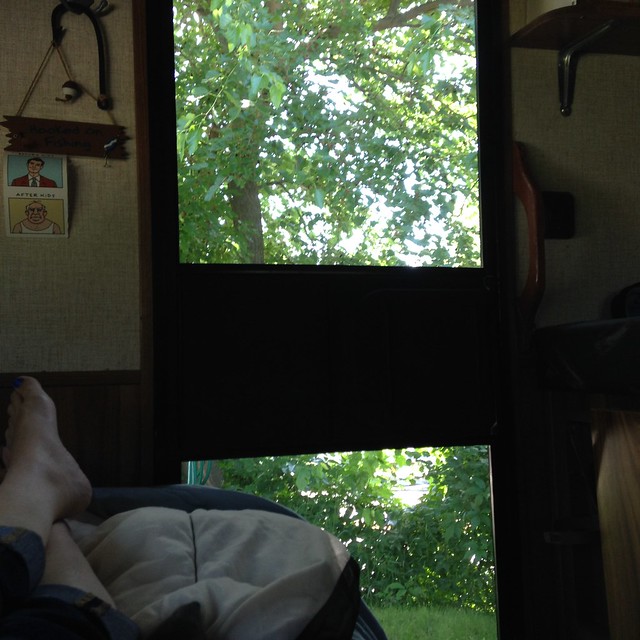 The weather was near-perfect everyday. Having adapted to Oklahoma’s dry heat from Florida’s humidity, I worried Wisconsin would chill me to the bone. I believed in this fact so hard that I actually packed winter clothing. Silly of me, really. It turns out the heaviest thing I ever wore was a flannel, so quick was I to tap into my once-northern blood.

Though I’d never been to Little Cedar Lake before this, the surrounding towns played a huge part in my growing up. My parents brought us to visit this side of the family often – we only lived five hours away when I was a kid – and we’d established traditions. My childhood is here. At the farmhouse, at the Jackson Motel, at the Everly House, at Jim’s Bakery (now Jim’s Place), in the cornfield where, decades ago, my cousin and his friends showed me where they stashed their booze. 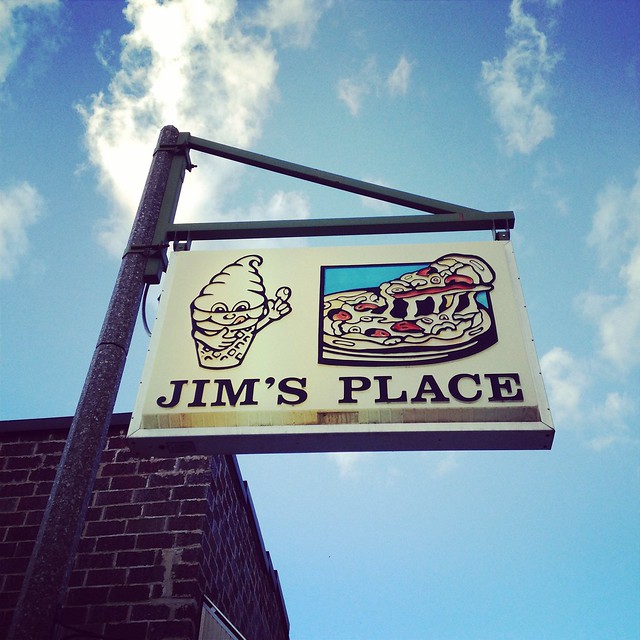 Sometimes we ventured away from Little Cedar Lake. There were day trips to see the old Pabst Brewery in Milwaukee and other drives north to Port Washington and Green Bay. But we always returned to Little Cedar Lake in time for the sunset.

We can’t wait to get back. 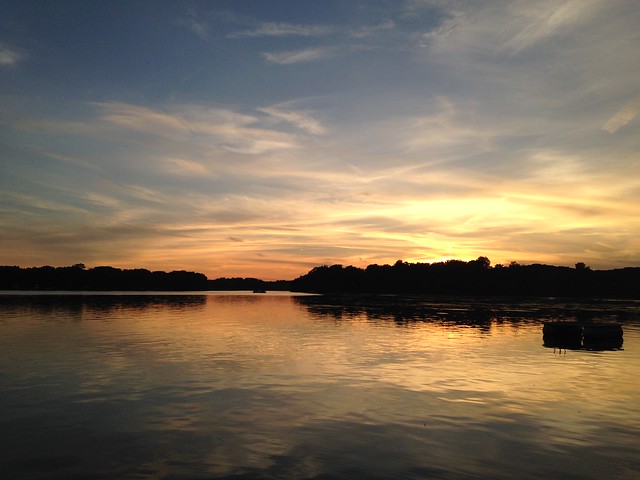 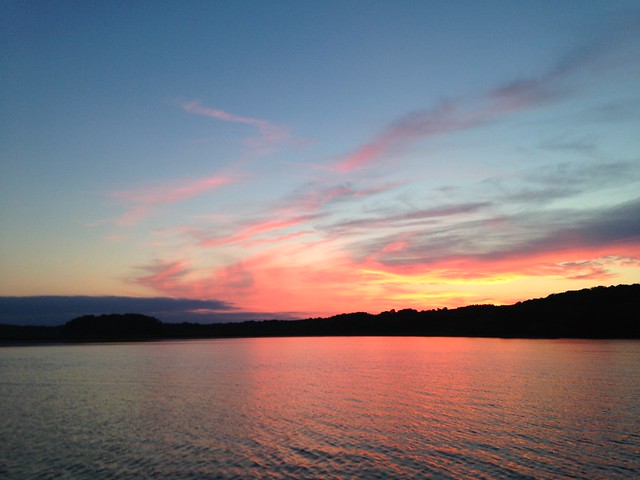 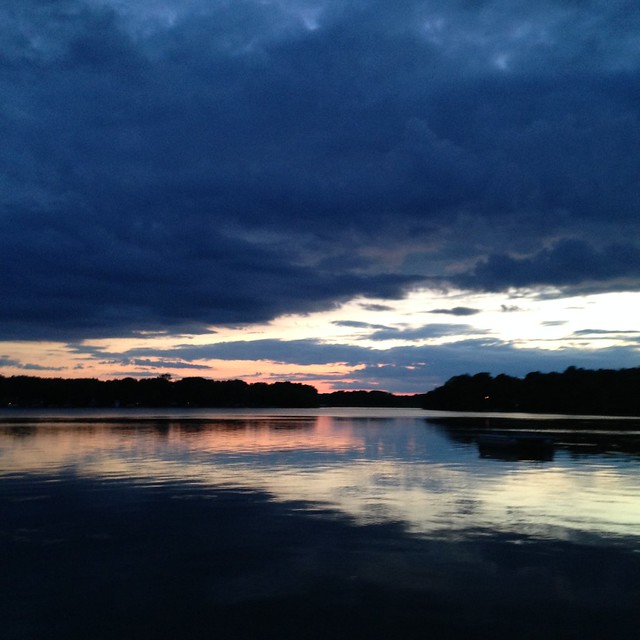 Next stop: Port Washington and Milwaukee. Or, as I like to call it, Milwhoa (like Joey from Blossom – I can’t help it).

2 thoughts on “A Tour of the Midwest: Part Two”