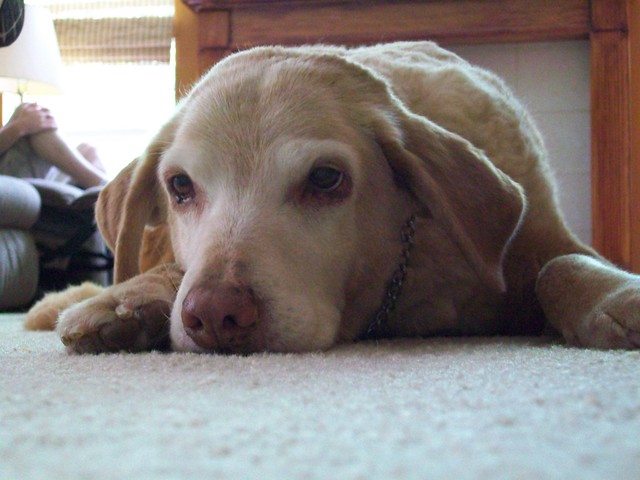 This lovely girl has been on my mind all day. My Bee. My precious, beautiful Bee. I don’t know if our family ever agreed on what Bee what short for. Her name was Libby, so Bee was an obvious nickname. But was her name always Libby? Didn’t we once consider naming her Liberty because we brought her home around the Fourth of July?

I’ve only just now remembered that we brought her home around the Fourth of July. How did that become forgotten? Then fourteen years later, only two days before the Fourth, we had to let her go. She was sick. She was hurting. We knew right away that morning that it was time.

It was a horrible way to spend a holiday. That evening my brother and I tried to enjoy something! Hell, anything.  We cheered on the Jacksonville Suns like a home run was the only thing that mattered. Later we sat in the stadium and watched nighttime fireworks over the city, all the time wishing I could just have my dog back. Screw the fireworks. I just wanted to go home to my dog and give her a kiss goodnight.

Two other families had adopted Bee before we did. Both of them ended up returning her to the shelter dropoff. I don’t know why. Maybe I once did, but after fourteen years with her I don’t. I can’t. My family thanks both of them, though.  Bee was happy with us. In her early years with our family, Bee was often taken to a nearby lake for a swim and enjoyed lots of time outside. In her later years, she helped teach my Elle how to walk on her own even as she was slowly losing her ability to move around agilely. But oh, how she tolerated the grabby hands of a toddler. 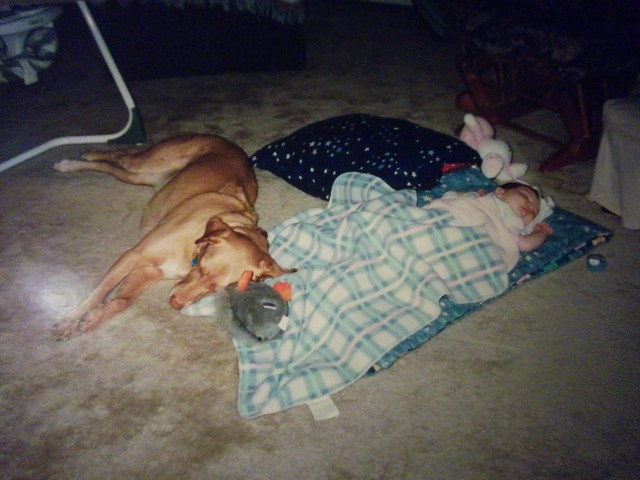 I don’t believe in heaven, nor do I believe in animal heaven. It’s a lovely concept – the Rainbow Bridge and all – and I wish I could hold so strongly it. Instead, I like to think we all come back to each other, even if it’s in other ways. Have you ever read The Art of Racing in the Rain by Garth Stein? It’ll kill you. If you’ve ever lost a pet, you’ll feel the seams of your heart rip themselves to shreds at the end when Enzo…well, you need to read the book. Decide for yourself which conclusion I’m referring to. Some people might think there is only one ending, but I’m not one of those people…

I want to believe that I’ll be reacquainted with my Bee once again somehow. I don’t think we are all just random spirits colliding with one another as we go from one moment in life to the next. There is something behind the sixth sense we all possess, those immediate connections we make with some people that we don’t make with others. That moment when you say to a person you’ve only just met and instantly liked, “You remind me of someone I used to know…”. Maybe that person remains a stranger having only been introduced to you once, but they stick with you. You know what I mean? There was just something about them. 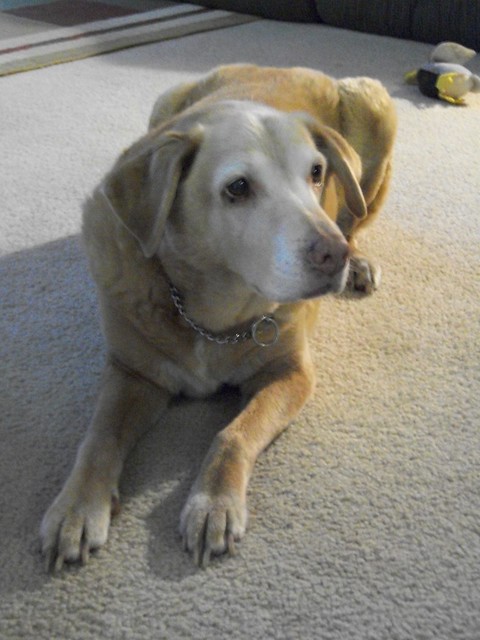 Perhaps I’m wrong. Perhaps that is my own way of refusing to believe there is nothing after we die. Yet heaven is an acceptable destination?

Says Garth Stein’s Enzo, “I’ve always felt almost human. I’ve always known that there’s something about me that’s different than other dogs. Sure, I’m stuffed into a dog’s body, but that’s just the shell. It’s what’s inside that’s important. The soul. And my soul is very human.”

Tell me, how can you argue with a dog?