It’s been awhile since I posted about the garden. Three whole weeks! I guess I hadn’t thought much about it since few things have changed. Mainly the squash had become a bully, crowding out the tomatoes and the peppers. The marigolds and eggplants have done little in the way of blooming or growing. The big, leafy squash plants just took over.

I went out to the garden tonight and contemplated pulling a few of those squash plants out. There were seven producing plants (seven!). Being the overthinker that I am, I considered everything that would benefit from removing some of the squash – the eggplant, tomatoes, peppers, and marigolds weren’t the only ones living in the dark, literally. The osteospermum (my cinnamon-color African daisies), my borage (which I was told would “explode!” but has barely grown at all), a thyme plant, my striped petunias, and a lemon licorice have all been struggling to get some sunshine. I’ll be honest: I didn’t feel the least bit guilty ripping out four of those squash plants. Now at least the nearby flowers and veggies have a fighting chance. 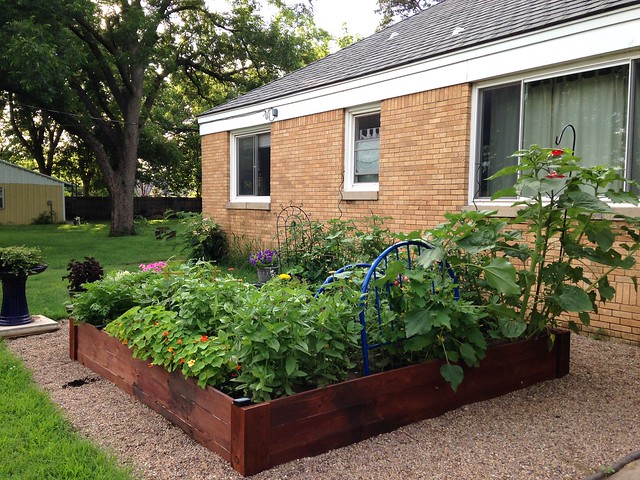 The zinnias have been making me the happiest lately. Each morning I walk past the garden and see a new bloom, in a new color! My “Envy” zinnias will probably make me do cartwheels once they show themselves – they’ve been sloooowly catching up with the rest of the zinnia brood. I’ve given up on the pansies and the Icelandic poppies. The Red American Legion poppies, however, are right on target, as are the cosmos. The fun thing about gardening, for me anyway, is that I’ve already forgotten what color cosmos and butterfly weed I chose so…surprise! We’ll find out soon.

Also, I spaced out when I planted the morning glories and never gave them a trellis for climbing. At this point, I’m scrambling to drive into the dirt some sturdy sticks and branches that have fallen off our many trees just to give them some something to grab onto. It seems to be working. 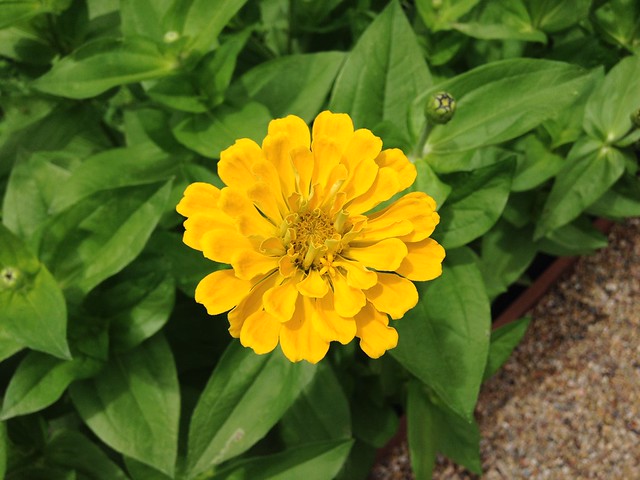 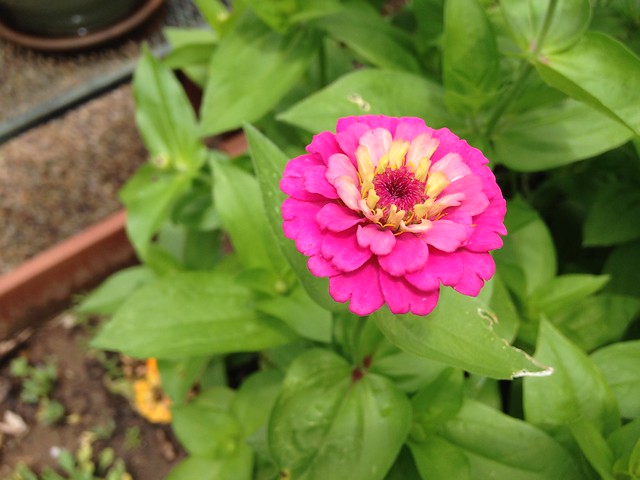 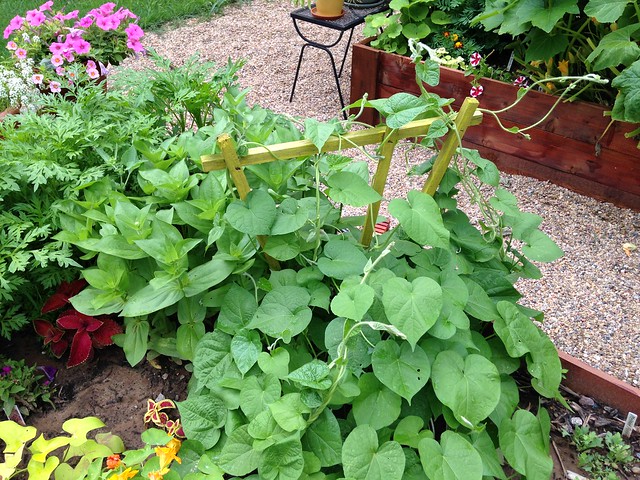 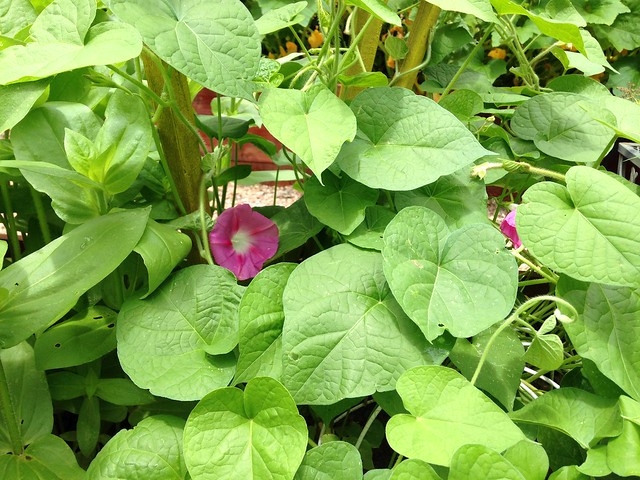 Before I close this out, I do have a question for you: I recently found a caterpillar eating my peas. Not really the peas, or even the pea pods, but crawling around the tendrils and leaves. It looked like a hornworm – do hornworms go after peas, too? All of my research says the worms or caterpillars that favor peas are pea moths, which are ugly and brown. This guy, for sure, isn’t ugly. I have a strange affinity for hornworms (they remind me of Heimlich from A Bug’s Life), so I didn’t kill the little guy. I simply pulled off a bit of the plant and set him on the ground away from the garden to go to town at it. Any idea what this is? 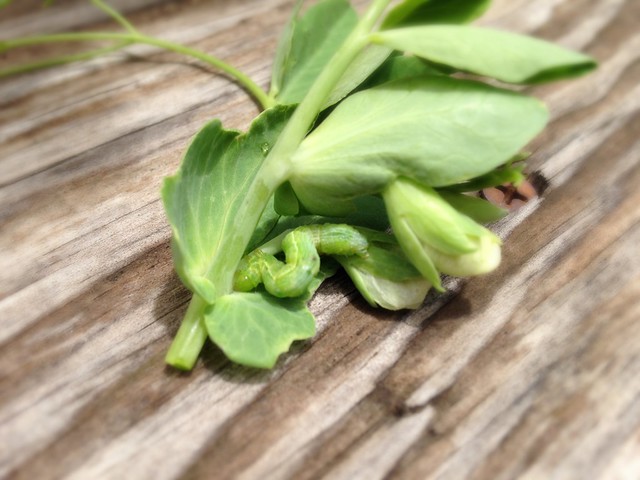