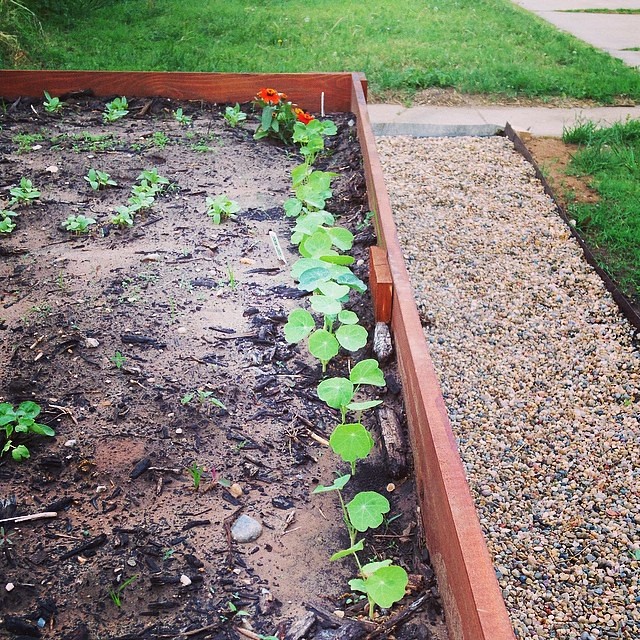 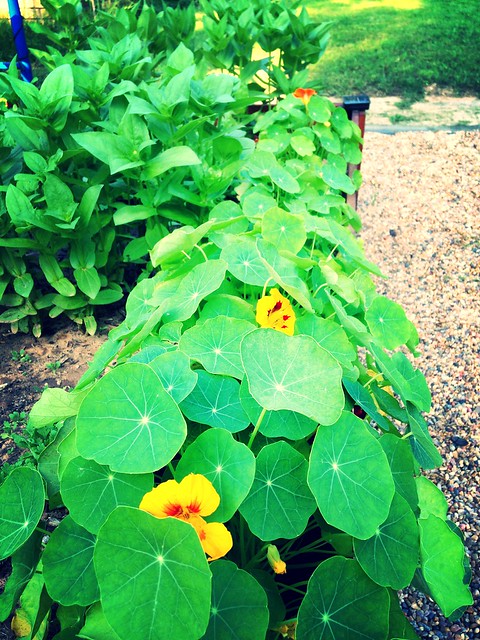 So why did I grow it? Because you have to be a real moron to mess these up. Almost any garden is guaranteed to be a success with nasturtium. Besides, they remind me of doll-sized lily pads and the flowers are so bright and colorful. 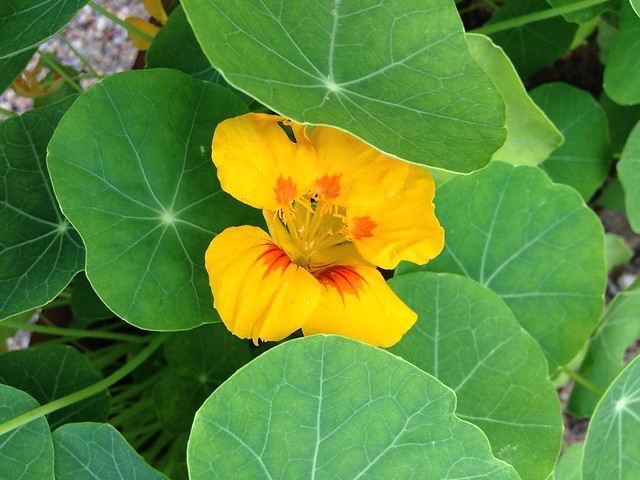 Thomas Jefferson was also a big fan of nasturtium. It’s been reported that Jefferson, who knew a thing or two about plants, was a little disappointed when he ran out of nasturtium seeds before filling his 30′ x 57′ garden bed. Beginning in 1774, or at least this was its earliest recording, these flowers were a staple in Jefferson’s vegetable garden. They were used to spice up the salads (which I must admit I’m surprised to learn were a “thing” back then). He was apparently keen on a particular trailing variety. Project Find Jefferson’s Trailing Nasturtium has begun.

I’m now half-tempted to create a miniature Monticello in my backyard. It could work.