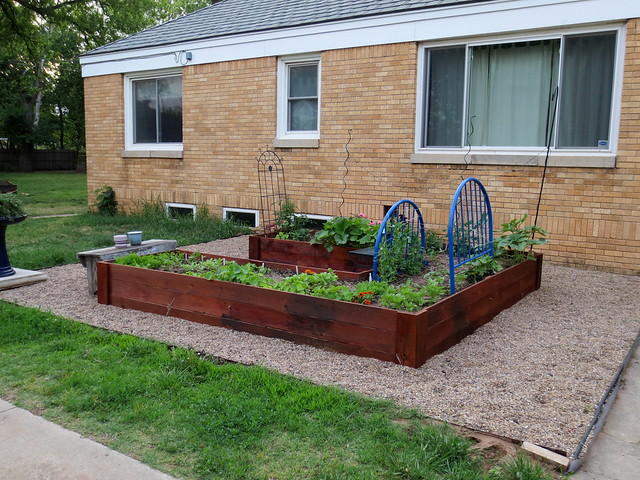 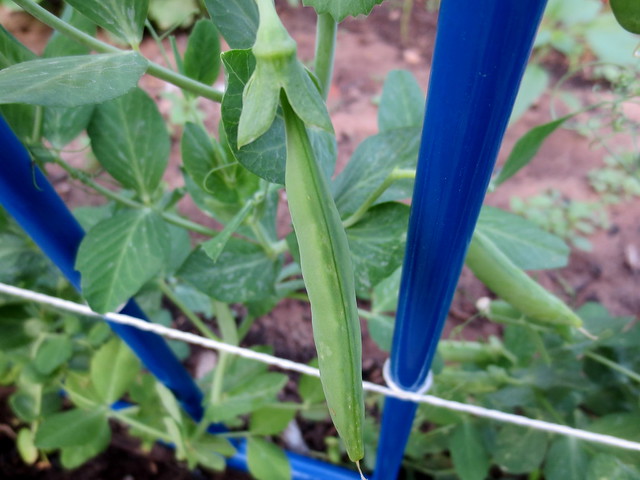 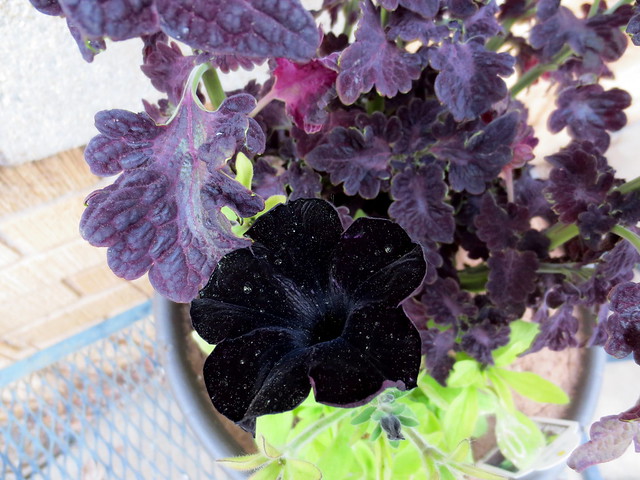 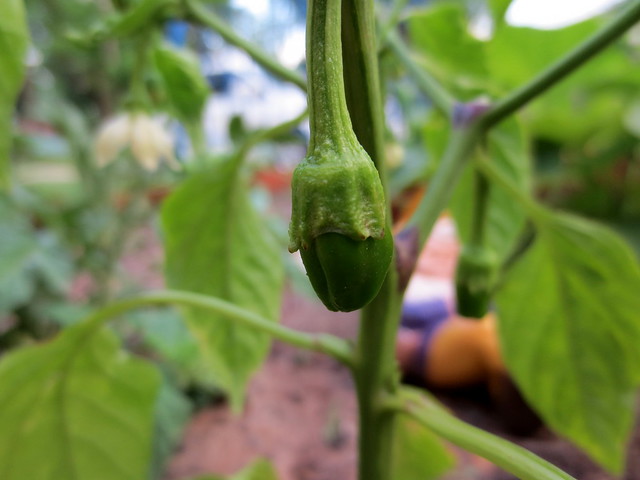 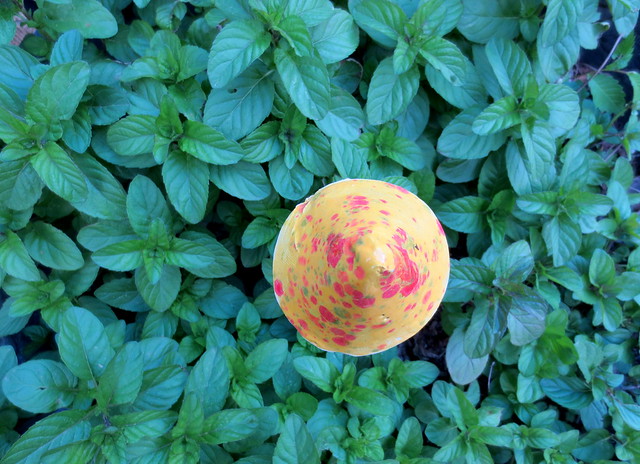 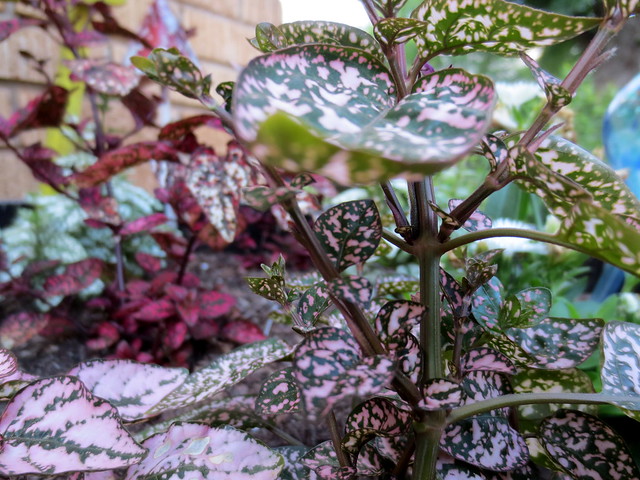 As you can see, the garden is doing exactly what it’s supposed to do. The peas, peppers, and tomatoes are starting to produce, and I have blossoms on the squash and the cucumbers. I have even managed to bring back to life that bacopa I was getting really worried about. I still don’t know what I did right, but I took some advice from the local nursery and transferred it into a larger pot THEN sat it in a birdbath so it has constant access to water.

The weather here seems to be much milder than it was last year at this time. So far in May, we have had no tornado-producing storms roll through. This is good news for more than the obvious reason: I also have yet to clean the basement. I like to think of myself as a reliably panicky person, someone who is prone to prepare for the preparations, but with each passing day of sunshine (and subsequent drought conditions) I find myself becoming complacent. And lazy. Mostly lazy (I hate hauling that damn vacuum up those basement stairs).

After school lets out for the summer, Matt and I will be driving our daughter to Missouri where she will hitch a ride with one set of grandparents to be dropped off with another set of grandparents in Florida for a month or so. It’s quite possible that Elle will avoid any tornadoes in Oklahoma, even though she’ll end up in the dead center of hurricane alley for the early part of the Atlantic storm season.

We won’t mention the recent shark attack in Jacksonville Beach. Or that Katherine and Mary Lee, the Great Whites, have been spotted mere yards off Jacksonville’s coast. While I know deep down where logic lives that the worst thing to happen to my kid is probably going to be some carsickness and a sunburn, I just can’t help but worry.