Last night I finished a book called Here is Where: Rediscovering America’s Great Forgotten History by Andrew Carroll. You may recognize him as the author of War Letters or Behind the Lines, just to name a couple of his works that have greatly benefited the military community. Carroll is not only an advocate for returning war veterans (and a supporter of all who serve), but he is also part of a growing movement to promote and preserve often overlooked historical sites. Sometimes his separate roles as veteran advocate and preservationist come together and provide us with hilarious yet moving stories about mostly unknown history, such as his account of scaling Washington’s Mount Baker to learn more about the location of a little known PV-1 Ventura plane crash that happened in 1943. Sometimes Carroll’s separate roles as researcher and regular guy come together, too. Like the moment when he called his mother after digging up details about the mass production of penicillin and she finally thought to tell him, “Oh, your grandfather was good friends with Alexander Fleming and I once visited him at his home in London, by the way!”, or something along those lines.

How does such a personal connection like that get lost in the business of living our everyday lives? Pretty easily, it turns out. All one needs to do is think that a story doesn’t matter to other people and, sadly, the story is never shared. But then there are people like me who love to hear other people’s stories. I am that friend who actually wants to see your vacation photos. I am that woman who loves to talk to strangers just for the hell of experiencing a human connection. I LIVE FOR THIS SHIT, people.

I started thinking about the people around me and the connections in their lives that could be considered historically significant. My husband has a particularly fascinating tale about his experience with the real Amistad, which I swore to never tell (seriously, it’s hilarious), and all his adventures have led me to calling him Forrest Gump at times. My grandmother used to be Bud Selig’s cleaning woman in Milwaukee back when he was only a part-owner in the Milwaukee Braves ball club (he is now the Commissioner of Major League Baseball). She watched the Brewers’ games every night until her dying day. My father’s security team was originally scheduled to accompany Secretary of Commerce Ron Brown on a mission trip to Croatia. A last minute aircraft change resulted in my father and his team staying home. The plane crashed, killing everyone aboard, and an Air Force crew was sent to do a mountaintop rescue and recovery. Ironically, my brother was part of that recovery team and terrified at coming across the remains of people he knew (he didn’t). On a lighter note, one friend’s mother is the former Miss Jordan and her brother-in-law helped create Minute Maid orange juice. Another friend’s mother once hitched a ride across the Florida panhandle with a friendly, handsome man back in the 70s. Lucky for her, Ted Bundy was taking a break from his killing spree that night.

It’s little stories like this that make people interesting to me. This realization opened me up to the possibility that even I was interesting to other people. Being an unemployed, stay-at-home mom/full-time online student had led me to believe that I was boring, and maybe for now, I am. I have had my moments, though. For example:

This post isn’t about name-dropping or even about playing Six Degrees of Kevin Bacon. It’s about the famous-name connections (or, in some cases, the should-be-famous-names) that we take and turn into our own personal stories. They become a part of us and, in turn, become family stories. To some people, they becomes stories of historical significance. I mean, buddying up with Alexander Fleming? Pulling a prank on our country’s highest ranking war official? C’mon…that’s cool.

Andrew Carroll wrote in the closing pages of Here is Where that history’s most overlooked value is “its ability to influence the way we live our lives and how we treat one another on a day-to-day basis. At its best, history nurtures within us humility and gratitude. It encourages respect and empathy.”

Perhaps this is why I’ve always had a little bit of respect for Dick Cheney. I get that the guy is one of our least popular Americans, but he did take time out of his busy campaign day to reconnect with and thank my dad for being willing to take a bullet for him. It means that Cheney recognized him, that he paid attention to the people around him. The same can’t be said for another 90’s administration (at least not by the people I know) ( although a particular VP’s wife was extremely grateful to the security team who came to her aid after her dress got sucked into the Air Force One toilet).

No history book is gonna tell you those stories, folks, but maybe my dad will. I’m still trying to convince him that these backdoor tales aboard Air Force One are worth it. Look, he’s even on a meme! 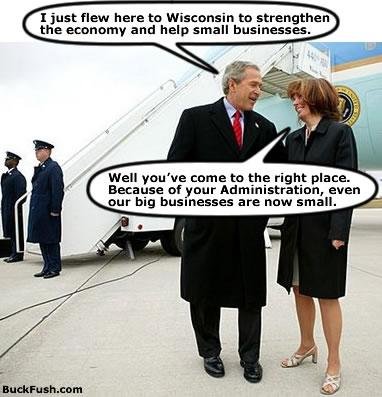 2 thoughts on “History’s Most Overlooked Value”